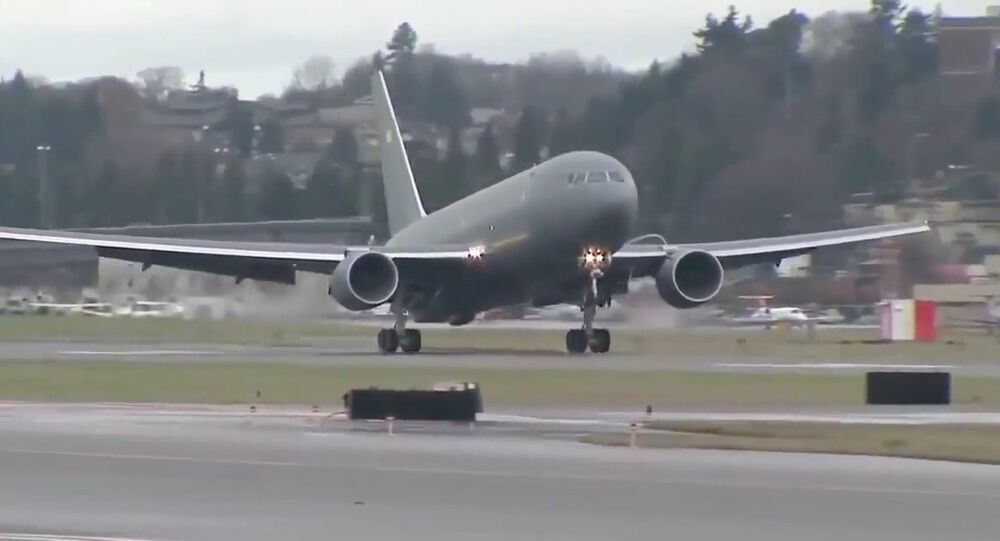 The scheduled delivery of 179 next generation aerial tankers is critical for the air campaign in the Middle East and Afghanistan, as well as other theaters, the Commander of US Transportation Command Gen. Darren McDew told Congress on Tuesday.

WASHINGTON (Sputnik) — Currently, the KC-46A program is scheduled to deliver 179 aircraft by 2028, the general explained in prepared testimony for the US Senate Armed Services Committee.

© Photo : Pixabay
Washington Is the Real Threat to Peace on the Korean Peninsula

"The delivery of these aircraft over the next few years remains a critical investment to ensure we can continuously project power around the world, whether in support of humanitarian relief missions or combat operations," McDew stated.

© Sputnik / Mikhail Voskresenskiy
#First100Days: Trump Turns to 'Foreign Policy as Sheet Anchor' But It Doesn't Work
The Boeing KC-46A Pegasus is a wide-body tanker that can refuel all US, allied and coalition military aircraft compatible with international aerial refueling procedures, according to Boeing.

"The scarcity of forces and their current distribution, coupled with the high operations tempo placed upon them, comes at a cost to the health of the [existing] KC-10 and KC-135 fleets," McDew noted.

Boeing has struggled to meet key milestones throughout the duration of the KC-46 program and is already at least one year behind schedule, according to a recent report in the military publication Defense News.

The most important deadline on the horizon is the October 2018 target date for the delivery of the first 18 tankers, the publication noted.