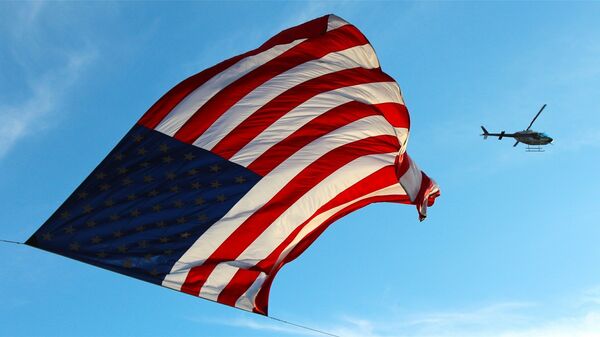 If Western media is to be believed, of course, the precise opposite is the case. How could it be otherwise, given that the dominant historical and news narrative is written to suit the interests of the powerful at the expense of the less powerful or powerless? It is why we are continuously fed a distorted rendering both of the current crisis and nature of the DPRK (North Korea).

This is the trouble with Western ideology; it rests on foundations of historical distortion and, dare we say it, fake news.

North Korea's crime is not that it is led by an anti-democratic despot, as we are expected to believe. How could it be so when among Washington's closest allies is a Saudi kleptocracy for whom even the mention of the words democracy and human rights will earn you a flogging, and perhaps even worse? And how it could it be, considering that the various other anti-democratic despots that Washington has counted among its friends and allies over the years?

The reality is that the demonization of North Korea, the aggression being leveled against it, has more to do with imperialism than democracy. It is the same imperialist aggression responsible for destroying the country between 1950 and 1953, during the most destructive war fought since the Second World War. Up to 5 million Koreans, north and south, perished — the majority of them civilians — while North Korea was almost completely obliterated courtesy of a US bombing campaign that took the carpet-bombing of towns, cities, and villages to a new level of wanton destruction. It was, as with the Vietnam War a decade later, a war that was fought in the context of a Cold War that by then was underway between East and West.

Over the decades since, North Korea has existed in a state of near splendid isolation, with China its main source of trade and, with it, income. Outside of that it has endured economic sanctions by the West, which combined with periodic natural disasters and famine, have served to impede its development, both economically and politically.

Putting it another way, you cannot place an entire country under the kind of economic and military pressure that Washington has placed North Korea and not expect its people and society to develop a garrison and siege mentality.

Currently the United States has around 30,000 troops stationed in South Korea, along with nuclear submarines and naval ships permanently within striking distance of Pyongyang. The notion that North Korea is the aggressor, taking this into account, is simply ludicrous, as is the claim made by successive US presidents that it is a threat to regional peace and stability.

North Korea: A Cold War Relic the West Has Never Forgiven for Refusing to Submit
On the back of President Trump's remarkable about-face, which in his first 100 days in office has seen him go from a leader committed to ending Washington's attachment to unilateralism and hard power to one of its most committed proponents, the world has never been more unstable. After his recent unilateral and illegal missile strike against Syria, we have in Trump a leader emboldened with a reckless and dangerous belief in his own infallibility when it comes to adopting a military-first strategy in dealing with major international crises, such as the one involving the Korean Peninsula.

Lost in this worship of aircraft carrier battle groups, as the harbinger of peace and security, is the essential role of diplomacy and negotiation in averting the disastrous consequences of conflict and war. And when it comes to any potential conflict with North Korea, even the most conservative estimates provide a grim analysis of the likely consequences that would entail.

North Korea is not the enemy of peace and stability in the region, as claimed, just as the former Yugoslavia was not the enemy of peace and stability in Europe in the 1990s, and just as Iraq and Libya did not pose that threat in the Middle East in more recent times. What each of those states have/had in common was their defiance of Washington and its writ, which is the real reason they found themselves attacked and destroyed. The usual justification employed — i.e. democracy and human rights — was cynically employed as a smokescreen in order to gain domestic public support for unleashing war in each case. 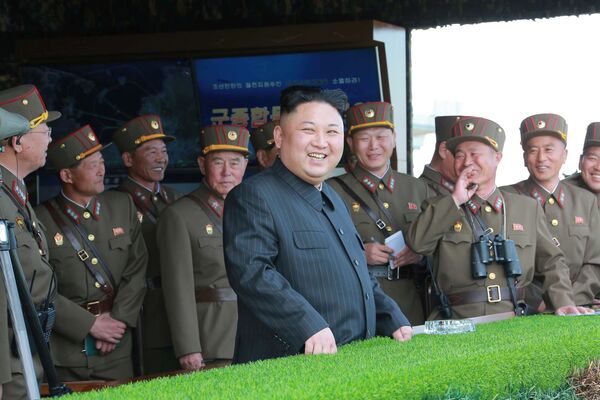 The salient lesson the North Koreans took from the destruction of those states by the US and its allies was that nuclear weapons are a necessary protection against the same fate befalling them. Brutal logic, maybe, but logic nonetheless.

Only when the Washington ends, finally, its commitment to domination and embraces cooperation and respect in its dealings with the world will stability and peace cease to be a forlorn hope and at last become a reality.

Sadly, given what we know of Washington, nobody should make the mistake of holding their breath.