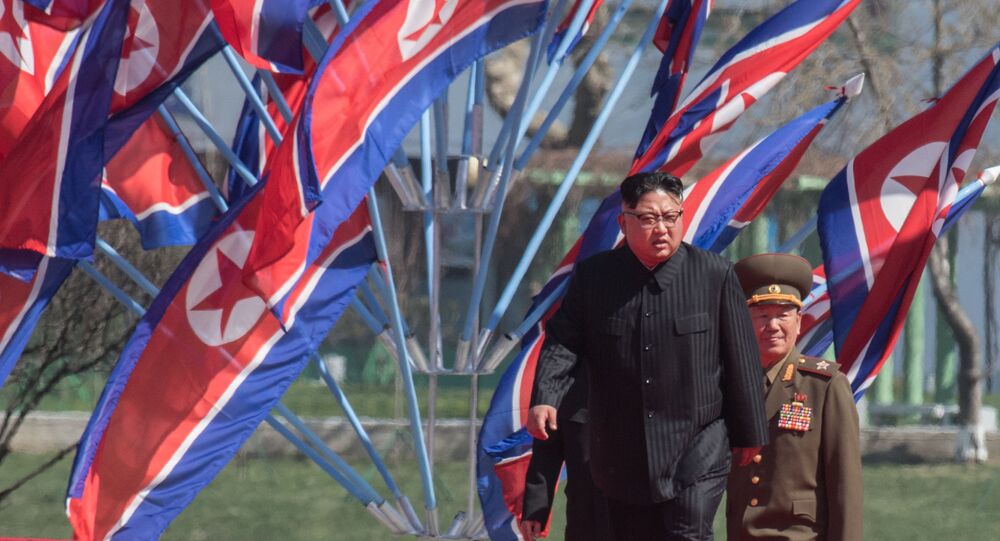 Lieberman, a long-serving Israeli cabinet member known for his eagerness to commit Jerusalem's military as a means to solve regional conflicts, made his remarks while decrying the US commitment to addressing the global threat posed by North Korea's nuclear weapons, as it would cause Washington to divert security resources from the defense of Israel.

© AFP 2020 / JACK GUEZ
Fire and Forget: Why Israel is Playing Dumb After Aerial Attack on Damascus

After referring to the North Korean leader as a "madman," Pyongyang responded in kind, through a statement from state-run Korean Central News Agency (KCNA).

"The reckless remarks of the Israeli defense minister are sordid and wicked behavior and grave challenge to the DPRK [Democratic People's Republic of Korea]," according to KCNA, cited by the Jerusalem Post.

"This is the cynical ploy to escape the world denunciation and curse as disturber of peace in the Middle East, occupier of the Arab territories and culprit of crimes against humanity," the KCNA statement read.

Pyongyang pointedly observed that Israel is the only nation in the Middle East illegally in possession of nuclear weapons.

In suggesting that Israel, through the voice of Lieberman, had "hurt the dignity of its supreme leadership," Pyongyang warned that Jerusalem would be visited with what the KCNA referred to as a "merciless, thousand-fold punishment."

The North Korean state-run media outlet did not elaborate on what form the threatened punishment would take.

The KCNA statement warned Jerusalem to "think twice about the consequences to be entailed by its smear campaign against the DPRK to cover up the crimes of occupying Arab territories and disturbing peace process in the Middle East."