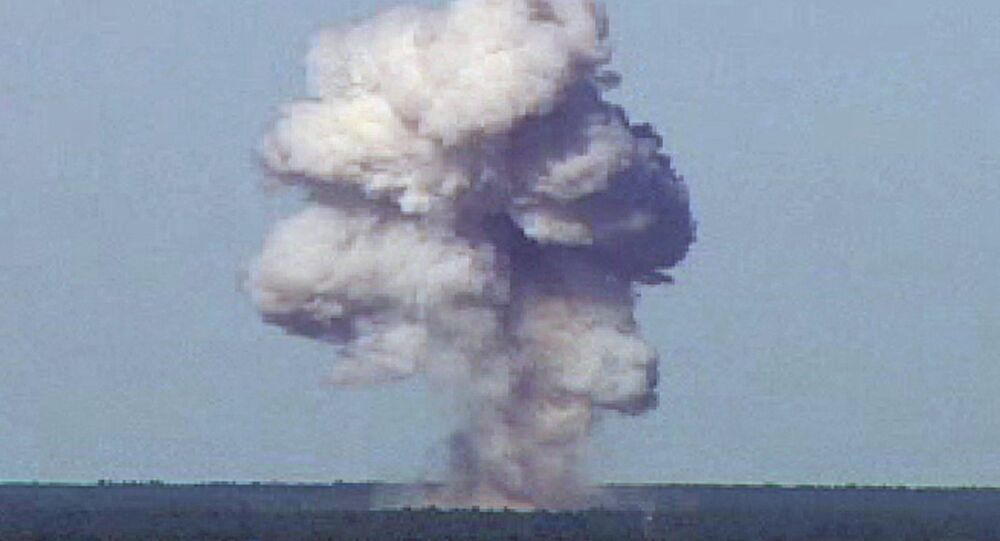 The US dropping of a Massive Ordinance Air Blast (MOAB) bomb in Afghanistan sends a signal to Daesh and other enemies that the United States is no longer leading from behind, Senator Lindsey Graham said in multiple statements on Friday.

YouTube/JustInfortheTruth
Daesh Suffers No Casualties in MOAB Bombing in Afghanistan - Reports
WASHINGTON (Sputnik) — On Thursday, US military aircraft dropped the 22,000-pound MOAB, nicknamed the "Mother of All Bombs," on underground tunnels used by Daesh in Afghanistan. MOAB is the largest non-nuclear bomb in the US arsenal.

“The success of deploying MOAB is not body count but the destruction of safe havens and command and control centers for ISIL [Daesh],” Graham stated in the first of two Twitter posts.

“Equally important is message sent to our enemies — ISIL [Daesh] and others — [that] days of half-measures & leading from behind are coming to an end.”

© Sputnik / Vitaliy Ankov
Russia's 'Father of All Bombs' That Surpasses US MOAB in Almost Every Respect
The use of the weapon in Thursday’s attack was the first time it had been used in combat, and only the third time the United States had ever detonated one of the weapons, which cost $16 million apiece.

US President Donald Trump told reporters on Thursday that he had not personally authorized the weapon’s use, but had given his generals expanded authority to carry out attacks on Daesh as they see fit.

Military analysts told Sputnik that the United States’ decision the use the MOAB will have no discernible effect in changing the course of the war in Afghanistan.