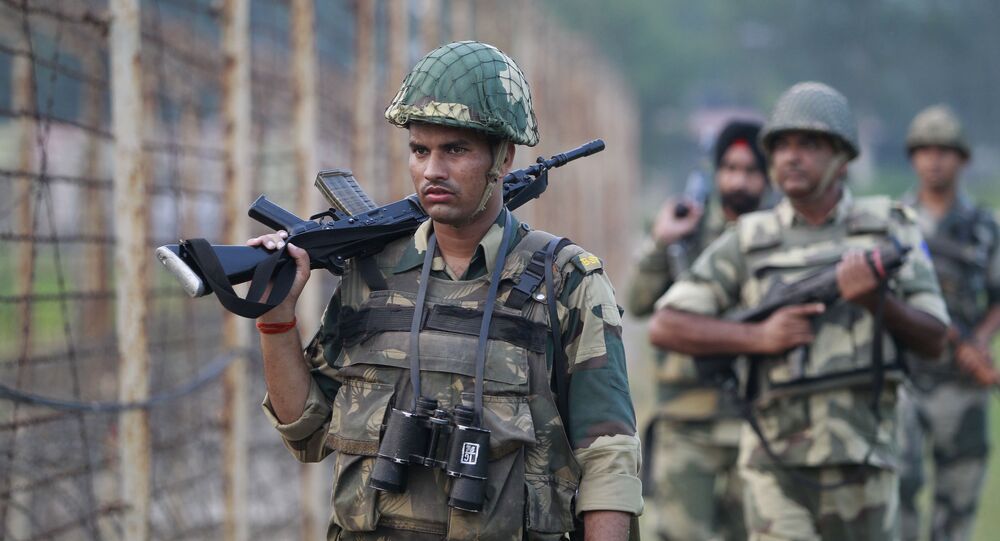 An unstable Pakistan-India border region and rumblings among former officials has given Islamabad reason to fear that New Delhi is reconsidering its long-held nuclear weapons doctrine of ‘no first use.'

Since obtaining nuclear weapons capability in 1967, India has traditionally subscribed to a purely defensive doctrine when it comes to the use of atom bombs.

However, Massachusetts Institute of Technology professor Vipin Narang asserted at the recent Carnegie International Nuclear Policy Conference in Washington DC that the long-standing defensive posture of New Delhi with regard to the use of nuclear weapons could be at an end and a new "pre-emptive" mentality put in its place, Business Insider reports.

Affirming these claims, General Ehsan ul Haq, a former chairman of Pakistan's Joint Chiefs of Staff Committee, has asserted that India is rethinking its nuclear posture, in what he suggests are only the latest in a series of increasingly provocative actions toward Pakistan.

These include former Defence Minister Manohar Parrikar questioning the point of the no-first-use policy in a speech in November 2016, New Delhi's dropping out of the Saarc Summit (an annual conference attended by member states Afghanistan, Bangladesh, Bhutan, India, Nepal, the Maldives, Pakistan and Sri Lanka), increased war hysteria at home, attempts to isolate Islamabad diplomatically and noticeably-heightened border tensions.

Haq has affirmed that India is "challenging the credibility of Pakistan's nuclear deterrence through doctrinal as well as technological developments," cited by the Times of India.

Naeem Salik, a former Strategic Plans Division official with the Pakistan government, asserted that India's suggestions about changing from a "passive [no-first-use] to pre-emptive disarming strikes" has created an air of fear among Pakistani strategists.

"We have not only got to study our side of the game, we also have to watch out what is happening on the other side so that we learn from there also and adapt and reform own processes as well," Salik said.

Adding to the disquiet in Islamabad, former Indian Foreign Secretary Shivshankar Menon said New Delhi's nuclear posture now has 'far greater flexibility,' according to Ibtimes.com. In Menon's memoir, he wrote, ''There is a potential gray area as to when India would use nuclear weapons first'' against a similarly armed enemy, presumably Pakistan.

"It's very scary because all the 'first-strike instability' stuff is real," Narang said.

India Opens Longest Road Tunnel, Which Cost Half a Billion Dollars to Construct