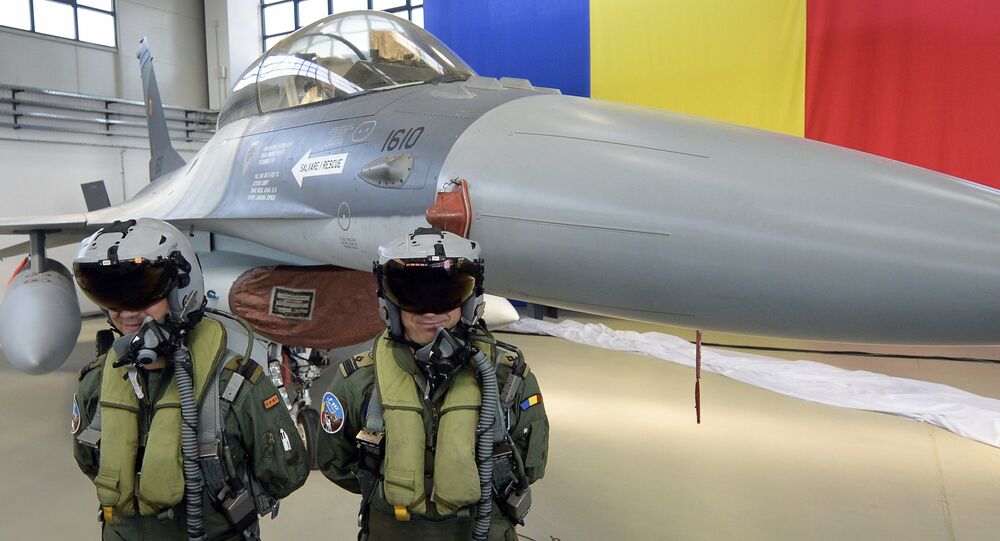 Warfare or Welfare? Romania Seeks to Appease Washington by Beefing Up Military

Romania is looking to significantly bolster its military arsenal, aiming to purchase 20 F16 aircraft, 8-wheeled armored personnel carriers and other equipment, in a bid to drag its defense spending to the NATO-mandated two percent of GDP - a move that makes little military sense, but will be a significant cash injection for US defense corporations.

Romania's Parliament and Supreme Defense Council have approved the move, almost tripling the existing contingent of 12 fighters in the process.

"At this moment, my intention is to purchase what is necessary for the Romanian army, especially since we have this political commitment of two percent," Defense Minister Gabriel Les said.

The rise in defense spending in 2017 represents a boost from just under one and a half percent in 2016 — while never having previously met the NATO target, Romania has nonetheless consistently been one of the bigger spenders in the alliance, coming ninth in member rankings last year. The move follows US President Donald Trump making clear the military alliance would only survive if its 28 members all paid their way in his first Congressional address.

"We expect our partners to take a direct and meaningful role in both strategic and military operations, and pay their fair share of the cost, and meet their financial obligations," Trump said.

In 2016, only the US, UK, Greece, Estonia and Poland met their annual obligation — in 2017, defense spending by Poland and the UK is due to fall below two percent, meaning the increase will undoubtedly be welcome to Washington.

However, the necessity of the target remains controversial in many quarters — for instance, military analyst Ilya Plekhanov has suggested it "says nothing" about military capability or readiness.

"The figure says very little. China, for example, spends [just over] one percent of its GDP on defense, and that is worrying to Washington. Greece spends over two percent, but who can say the nearly bankrupt country is making a significant contribution to financing the alliance's common defense? What real military contribution is made by Estonia?" Plekhanov asked.

Instead, "how many tanks a country maintains, or how many new missiles it has acquired" are the genuinely serious considerations in a conflict.

Background to Theresa May's #Brexit #whitepaper: The defence expenditures of European Nato countries (only four over the 2% mark) pic.twitter.com/2Nnm4dvQNf

Moreover, the vast majority of NATO members participate in most US-led military campaigns, such as the wars in Iraq and Afghanistan, Libya and Mali, there are more European than US troops in the Balkans, and European naval vessels patrol the waters of the Mediterranean Sea and the Indian Oceans, without meeting the target.

The country Romania sourcing the F-16s planes may provide an answer to the question of why the US military establishment is so determined for NATO members to adhere to the illusory two percent figure — while Romania previously relied on Portugal to provide its F-16s, Defense Minister Gabriel Les said the US would provide them on this occasion.

As Sputnik contributor Finian Cunningham noted in a 2016 column, when NATO members "splurge" on warplanes, warships, tanks and missile systems, US defense corporations stand to gain.

For instance, the siting of Aegis missile systems in Romania and Poland cost both countries US$800 million.

The news follows NATO's increasing military presence in Eastern Europe and the Black Sea since the conflict in Ukraine broke out in 2014, in response to what the military bloc considers to be Russian aggression in the region. Moscow has continued to dismiss any accusations, warning that a buildup of NATO troops undermines regional and global stability.

NATO Battalions to Be Deployed in Baltic States, Poland by June – Stoltenberg