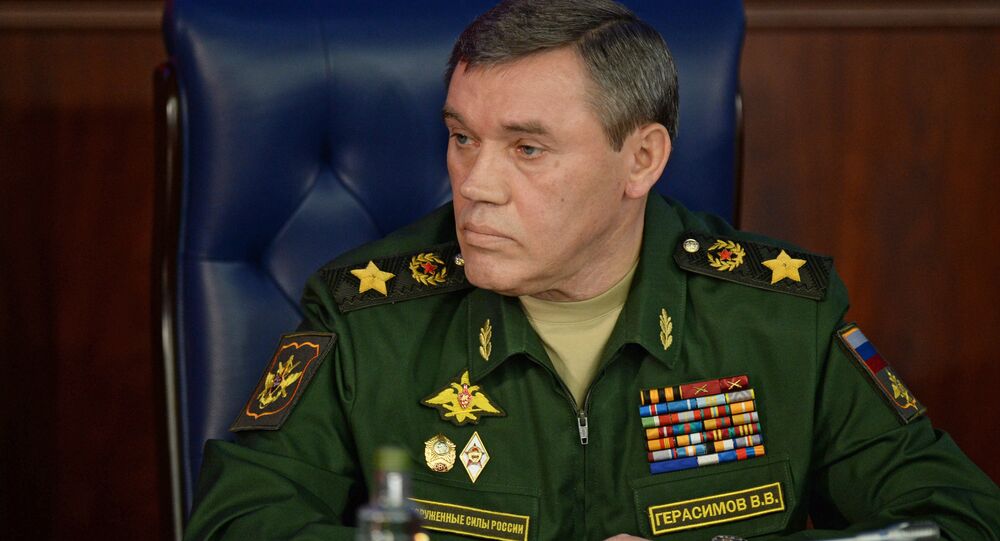 Russian General Staff chief Valery Gerasimov and NATO head Petr Pavel have had their first telephone conversation since relations between Russia and the West soured; the initiative came from the military alliance.

"These are the first high-level contacts in the military field since the adoption of the NATO council decision to freeze relations with Russia," the ministry said in a statement.

The sides additionally discussed the prospects of restoring military communications and steps toward reducing tensions in Europe.

In the 2016 summit in Warsaw, NATO decided to deploy additional troops to the Baltic States and Poland, citing the states' vulnerability to the alleged threat of Russian aggression after Crimea rejoined Russia in 2014.

Moscow has repeatedly criticized the increased presence of the Alliance’s troops and military facilities near Russian borders.

Meanwhile, NATO leaders and representatives of member countries of the alliance and the European Union have been invited to the Moscow Security Conference, due April 26-27, Deputy Defense Minister Alexander Fomin said Friday at a briefing for military attaches.

"Despite suspended cooperation in the military sphere, invitations to the forum have been sent to all member countries of the North Atlantic alliance and the European Union, as well as to the NATO leadership," Fomin said.