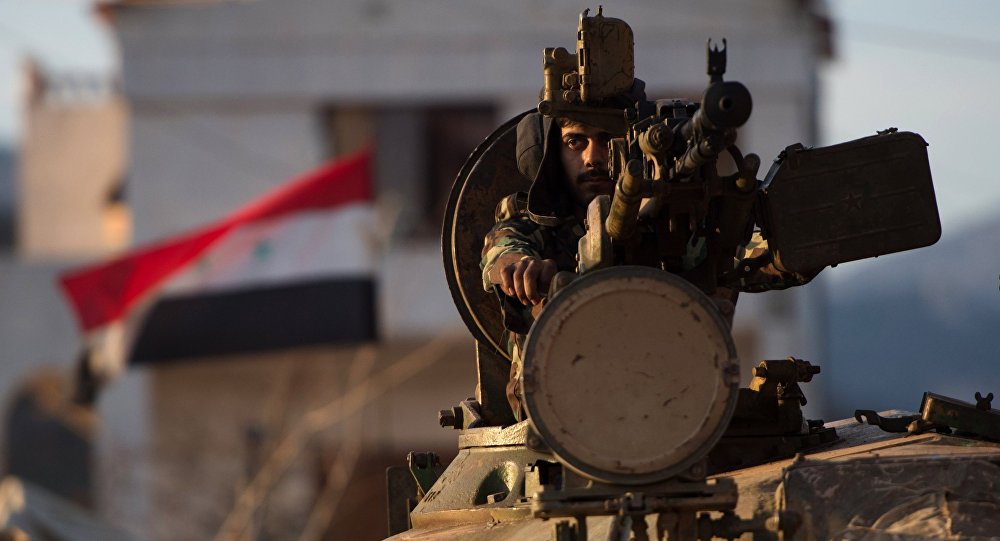 A senior US military official asserted that Russian and Syrian planes accidentally launched airstrikes near the city of al-Bab recently liberated by the Turkish military, with Russia refuting the claims. Political analyst Dmitry Egorchenkov told Radio Sputnik that the Pentagon could in fact be sending a signal to Ankara, not Moscow.

The Russian Defense Ministry responded by saying that both Russia and Syrian military aircraft were not active in the region at the time when the accidental bombing is believed to have taken place.

"Senator John McCain went on a trip to northern Syria recently. He met with representatives of the Syrian Democratic Forces (SDF) whom Lt. Gen. Stephen Townsend was referring to. He then traveled to Ankara to meet with senior Turkish officials. They were apparently discussing relations among America's tentative allies in Syria. McCain seems to have failed to reach an agreement with Turkey. Perhaps, Americans have used this 'bogus story' to send yet another message to Ankara that Washington is providing political support to the Kurdish and Arab militias in Syria," he suggested.

© Photo : Russian Defense Ministry
Syria 'Offering Excellent Opportunity' to Boost Russia-Saudi Relations
The SDF, made largely of Kurdish fighters, has been a major point of contention for Washington and Ankara. The United States has relied heavily on Kurdish forces as part of its anti-Daesh campaign in Iraq and Syria. For its part, Turkey has maintained that the Syrian Kurds are affiliated with the Kurdistan Workers' Party, an organization that Ankara considers to be a terrorist group.

Egorchenkov, deputy director of the Institute for Strategic Studies and Prognosis at the Peoples' Friendship University of Russia, further said that there could be another explanation in the event that an aircraft had indeed launched an airstrike in the area.

"I am not saying that it was a Russian airstrike. An unidentified aircraft hit Kurdish and Arab militias in this theater of operations, de facto hitting American advisors assisting these forces. If such an airstrike was carried out and if it was carried out by the Turkish Air Force, then Washington has told the Turks that they should refrain from similar actions in the future and that American service personnel is there," he said.