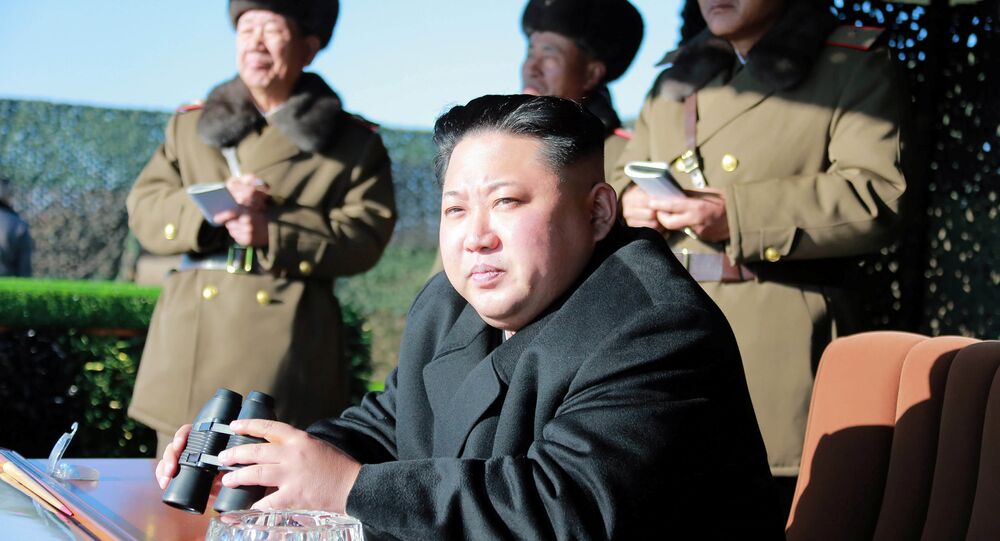 The White House may be planning to use military force against North Korea, and has begun large-scale training exercises with South Korea this past week.

According to a report from the Wall Street Journal, an internal White House review strategy on North Korea included floating the possibility of regime change or military force to combat the nuclear threat posed by DPRK leader Kim Jong Un.

President Donald Trump has vowed to stop Pyongyang from being able to test an intercontinental ballistic missile, and US officials have reportedly "underscored the possible military dimensions" when speaking to allies, the Journal reported.

Last month, Kim sparked international concern after test-firing a missile with the ability to travel 3,400 miles into the Sea of Japan, while Trump was meeting with Japanese Prime Minister Shinzo Abe at the former’s Mar-a-Lago resort in Florida.

Abe stated during an impromptu joint news conference with the US President that "North Korea's most recent missile launch is absolutely intolerable."

"I just want everybody to understand and fully know that the United States of America stands behind Japan, its great ally, 100 percent," Trump added.

Ongoing military training exercises between the US and South Korea have reportedly been called a provocation by Pyongyang, and are scheduled to continue through April.

In a statement released by the Korean Central News Agency, a spokesman for the Korean People's Army vowed "merciless military counter-actions," should a "single shell" be fired into their waters.

Last month, the Trump administration approved plans to hold an informal discussion between a North Korean delegation and American officials, the New York Times reported. The plans were reversed just hours later, however, and the two North Koreans who were set to take part in the talks had their visas withdrawn.

"It’s very late," Trump said in an interview with Reuters after being asked about the potential for him to meet with Kim, prior to the cancellation of the discussion. "We’re very angry at what he’s done, and frankly this should have been taken care of during the Obama administration."

The decision to cancel the discussion came as it was revealed that Kim’s estranged half brother was killed with a VX nerve agent, a material considered by the UN to be a weapon of mass destruction. South Korea accused the North Korean leader of being behind the assassination.

"I suspect it was a combination of the VX attack and the president’s personal pique that caused the reversal," a senior official in the State Department told the New York Times. "Someone obviously looked at the fact that the United States was going to issue visas to representatives of a country that had just violated international law, carried out a murder and intentionally violated the sovereignty of another country, and decided, 'Maybe this isn’t such a good idea.'"