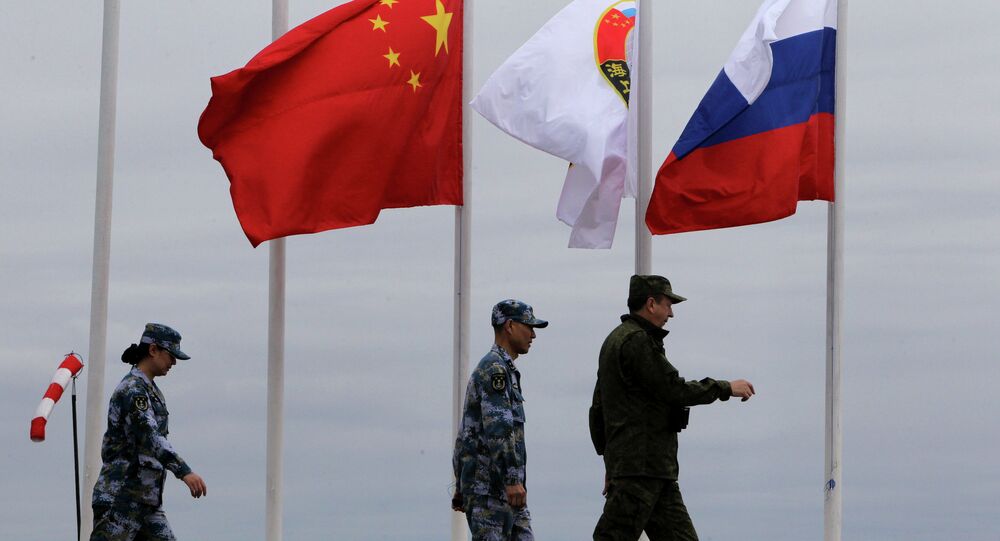 Russia and China have strengthened bilateral defense cooperation as both countries are wary of the United Stated deploying the land-based Aegis combat system in Europe and the Terminal High Altitude Area Defense, or THAAD, in South Korea which the White House has pledged to install as soon as possible.

© Flickr / US Missile Defense Agency
Missile Defense Systems: How Different Countries Protect Their Skies
Shi Ze, a senior research fellow at the China Institute of International Studies, said that Russia and China's increased cooperation is particularly relevant at a time when terrorism and global instability are on the rise. The analyst added that both countries are on the same page when it comes to security issues.

Indeed, at the ongoing Xiangshan Forum, senior Russian and Chinese military officials were unanimous in voicing their concerns over Washington's attempts aimed at creating a global anti-missile defense shield. Both Moscow and Beijing, Maj. Gen. Cai Jun said, "oppose the efforts by any countries or groups of countries to create this system unilaterally and at the expense of the strategic stability and international security."

"Russia and China's shared stance on THAAD and Syria points to both countries fostering strategic ties," Shi Ze noted, adding that Moscow and Beijing have "mutual strategic trust and strategic interests." The analyst also maintained that both countries will enhance strategic cooperation and partnership, saying that these developments "will help to resolve regional conflicts."

© Flickr / U.S. Missile Defense Agency
'US Sends Weapons to Korean Peninsula as if Preparing for Confrontation'
Defense analyst Konstantin Sivkov went further by suggesting that Russia and China are "de facto" on the way to establish a "military and political alliance."

"This means that the United States will increasingly encounter Russian and Chinese joint efforts to protect their interests. Both China and the US clearly understand this," he told Sputnik.

Andrey Volodin from the Center for Eurasian Studies at the Diplomatic Academy of the Russian Foreign Ministry said that Russia and China are changing the global balance of power. The expert also pointed out that neither Moscow, nor Beijing have become more tough in their rhetoric despite claims to the contrary.

© AFP 2020 / DANIEL MIHAILESCU
Russia Forced to Take Adequate Measures in Response to US Missile Defense Plans
"When it comes to Russia, its rhetoric has become more measured, resembling the late Soviet period. It has become realistic, flexible and friendly. Take Putin's cancelled visit to France for instance. [The Kremlin's] comments were considerate and specific – we will come to Paris as soon as conditions dimmed favorable by the French president emerge. This is not toughness. This is firmness and readiness to negotiate."

The same is true of China, he added.