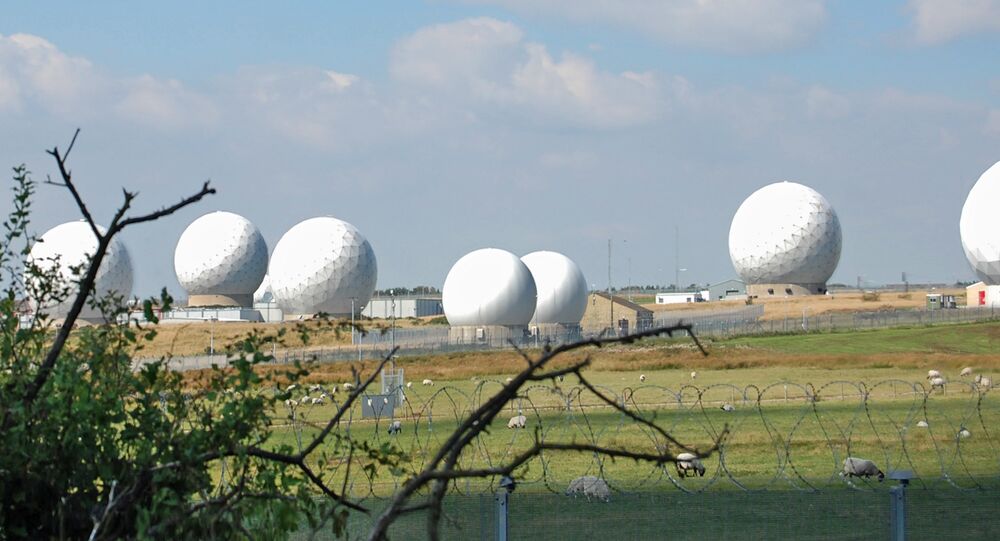 While mass metadata collection may be most closely associated with US intelligence agencies, new Snowden documents reveal that the tactic was originally deployed across the Atlantic.

In 2013, former NSA contractor Edward Snowden revealed the extent of Washington’s domestic spying apparatus, a move that forced him to flee the country to avoid prosecution.

But new Snowden documents reveal that before using the tactic in the United States, the National Security Agency’s first mass surveillance station was placed overseas in the UK.

"Why can’t we collect all the signals, all the time?" he said. "Sounds like a good summer homework project for Menwith!"

From there, the documents show that operations at Menwith expanded significantly.

"Between 2009 and 2012, Menwith Hill spent more than $40 million on a massive new 95,000-square-foot operations building – nearly twice the size of an average American football field. A large chunk of this space – 10,000 square feet – was set aside for a data center that boasted the ability to store huge troves of intercepted communications," the documents read.

"During the renovations, the NSA shipped in new computer systems and laid 182 miles of cables, enough to stretch from New York City to the outskirts of Boston. The agency also had a 200-seat-capacity auditorium constructed to host classified operations meeting and other events."

The station perfected the technique of eavesdropping on communications being transmitted to satellites, and relied on US spy satellites to tap into specific phone and WiFi networks on the ground.

Menwith was also used to develop Ghosthunter, a program meant "to learn and establish pattern of life for known terrorists who use Internet cafes to communicate." A related program, Ghostwolf, was intended to eliminate nodes in terrorist networks, paving the way for illegal drone operations in Yemen.

"The description of GHOSTWOLF ties Menwith Hill to lethal operations in Yemen, providing the first documentary evidence that directly implicates the UK in covert actions in the country," the Intercept points out.

Throughout the station’s operations, both the US and UK governments claimed that the Menwith Hill was only used for “rapid radio relay and conduct communications research,” an innocuous cover story we now know to be false.