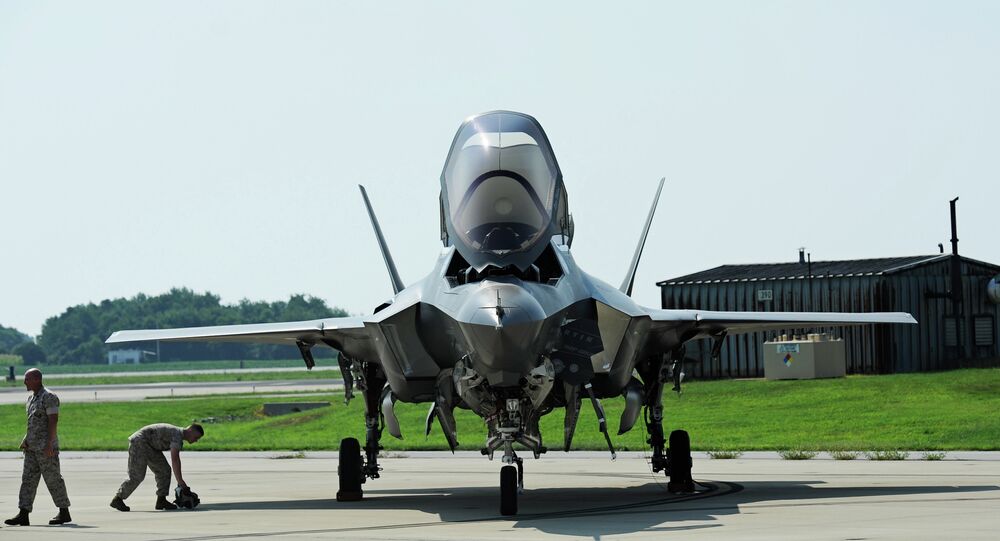 Despite already spending over $1 trillion on the F-35 Joint Strike fighter program, the US Marine Corps wants to spend even more to develop a laser weapon for its variant, even though there is neither the time or the money to do so.

Last week, the US Air Force announced plans to fund the creation of a laser-weapons pod that could be installed beneath the fuselage of fourth-generation fighters. A $39.3 million contract has been awarded to Northrop Grumman to develop the project.

Not to be outdone, the US Marine Corps may pursue a similar system for its F-35B. Speaking to reporters earlier this week, Lt. Gen. Robert Walsh, the commanding officer of the Corps’ Combat Development Command, stated that energy weapons are "where we want to go."

"As soon as we could miniaturize them, we would put them on F-35s, Cobra [attack helicopters]…any of those kind of attack aircraft," he said, according to Ars Technica.

Shrinking energy weapons has proven difficult, and accomplishing that goal will not be cheap. While it is possible that the Marines could pool efforts with the Air Force, that overlooks the fact that doing so is admitting that the F-35, the most expensive weapon ever built, is already obsolete.

In addition, the aircraft continues to suffer from technical issues.

"The Marine Corps has been out in front with the F-35B. It’s probably not the way we want to exploit fifth-generation…We’ve been after this a long time," Walsh said on Tuesday.

As the Marines prepare to send their first fleet of F-35s for operational capacity on the USS Wasp, the branch has admitted that they are waiting for real-world training missions to determine which issues still need ironing out.

"We will learn from that, and see what capabilities we need to further develop," Walsh said.

"A lot of it’s going to be the school of hard knocks," he added, indicating that any leftover cash in the budget will probably go to repairing and modifying the F-35’s existing systems, not building science-fiction lasers.