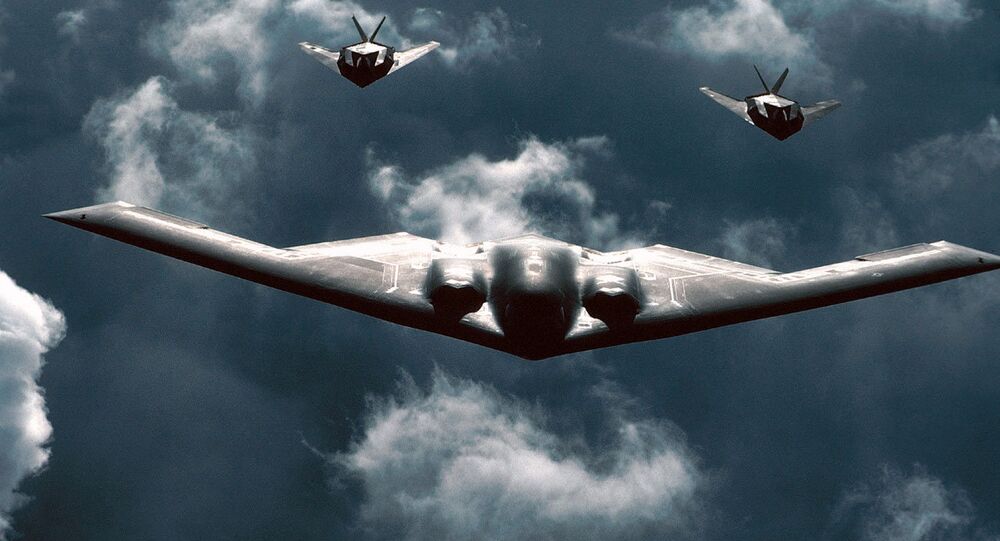 With tensions in the South China Sea and throughout the Pacific Rim at increasing levels, the Obama Administration adds fuel to the fire by dispatching enough nuclear weaponry to kill everyone in the region.

The United States has dispatched its three strategic bomber types to the Pacific region for the first time, in a bid to reassure allies amid growing aggression from China in the wake of the Hague-based Court of Arbitration ruling against Beijing’s claim to territories in the South China Sea, and the deployment of the THAAD anti-missile system.

Announced Wednesday, the US Air Force will dispatch a Boeing B-52H Stratofortress, a Rockwell B-1B Lancer, and a Northrup Grumman B-2A Spirit bomber to operate concurrently in the US Pacific Command region in support of the Continuous Bomber Presence (CBP) and Bomber Assurance and Deterrence (BAAD) missions.

The US Air Force announcement cited the need to ward off potential adversaries but refused to explicitly name China, whose growing military strength puts Beijing on other side of the American nuclear barrel, though the connection is "clear," according to IHS Jane’s Defence. Additionally, the region has become increasingly unstable due to a proliferation of nuclear weapons and ballistic missiles at the hand of the unstable regime of Kim Jong-Un in North Korea.

While the United States mission to deter and contain North Korea is understandable, the willingness of the White House to escalate tensions with Beijing marks a shift in the Obama Administration’s posture toward China, previously focused on strengthening defense and economic relationships with regional allies to provide a countervailing political force in the Pacific, as opposed to embarking on a path toward increased militarism.

The movement of US B-1Bs, B-2As, and B-52Hs to the Pacific region has not only incensed of China, but has left North Korea feeling cornered, accusing the US of planning a preemptive nuclear strike against Pyongyang, according to a report by Agence France-Presse (AFP).

US B-52 Bombers Head to Europe for Military Exercises