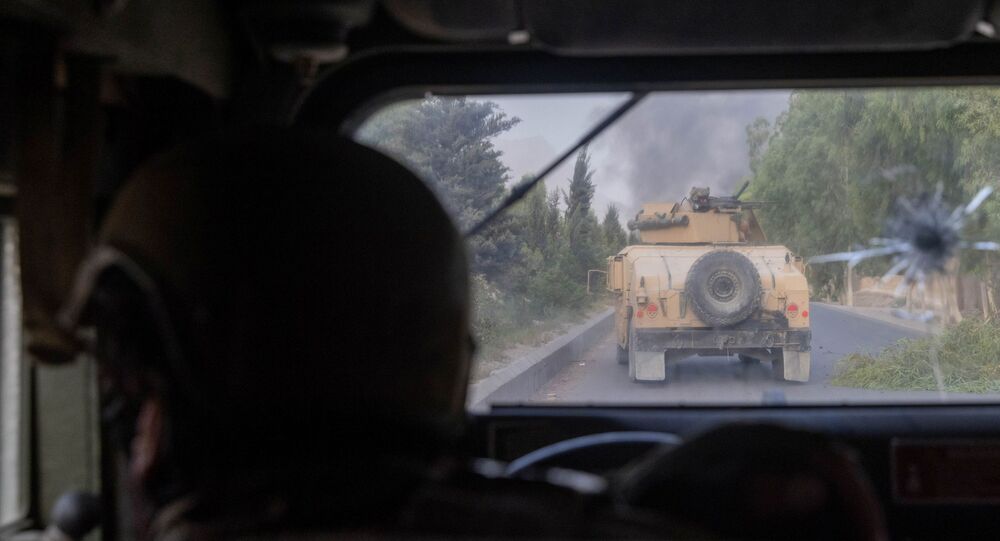 WASHINGTON (Sputnik) - CIA Director William Burns in an interview with NPR said he is troubled by the advances the Taliban* movement is making in Afghanistan.

"Well, the trend lines that all of us see today are certainly troubling. The Taliban are making significant military advances; they're probably in the strongest military position that they've been in since 2001," Burns said in the interview published on Thursday.

Burns added that the United States will retain significant capabilities in and around Afghanistan to gather information on terror groups.

Meanwhile, Taliban spokesman Zabiullah Mujahid told Sputnik on Thursday that about 90% of the borders are under the control of the movement, including the entire border with Turkmenistan and Iran.

The war between Afghan government forces and Taliban militants, who have seized significant territories in rural areas and launched an offensive against large cities, is ongoing.

Peace talks kicked off between the Afghan government and the Taliban on September 12, 2020 in the capital of Qatar. The US administration has pledged to complete the withdrawal of troops from Afghanistan in full coordination with allies by September 11.

© REUTERS / DANISH SIDDIQUI
Taliban's Win Not 'Yet Written', Top US General Claims as Insurgents Seize Over 80% of Afghanistan
In 2020, Washington and Taliban officials signed the first peace agreement in more than 18 years of war in Doha. It provides for the withdrawal of foreign troops from Afghanistan in 14 months and the beginning of an inter-Afghan dialogue after the exchange of war prisoners.

However, in almost 10 months of negotiations, the sides of the conflict have not been able to agree on an agenda for the negotiations and cannot reach an agreement on key issues, in particular, on a ceasefire between government forces and the Taliban.