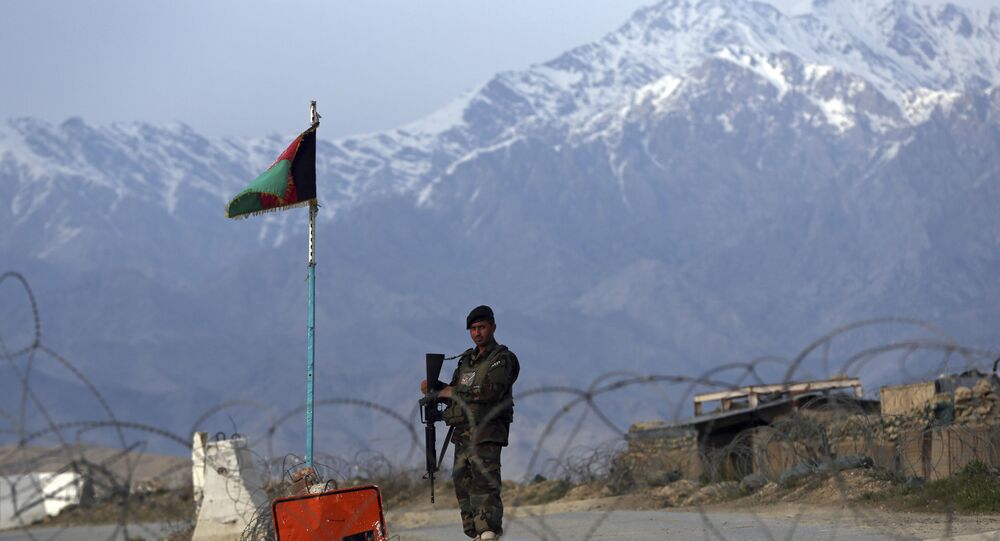 Taliban Claim Control of Some 90% of Afghanistan's Border Areas

The statement comes after Moscow noted earlier in the day that the hasty US withdrawal from Afghanistan had resulted in a major shift, with the Taliban taking almost complete control of the Tajik border.

© AFP 2021 / ASGHAR ACHAKZAI
People wave a Taliban flag as they drive through the Pakistani border town of Chaman on July 14, 2021, after the Taliban claimed they had captured the Afghan side of the border crossing of Spin Boldak along the frontier with Pakistan

The war-torn nation has been witnessing major clashes between the Taliban movement and government forces in recent months. The militants gained momentum as American troops started pulling out on 1 May, in accordance with an agreement that the Taliban and the United States struck in Doha in February 2020.

According to the Taliban, its forces are now in control of nearly 85 percent of Afghanistan.

*Taliban, a terrorist group banned in Russia and other countries