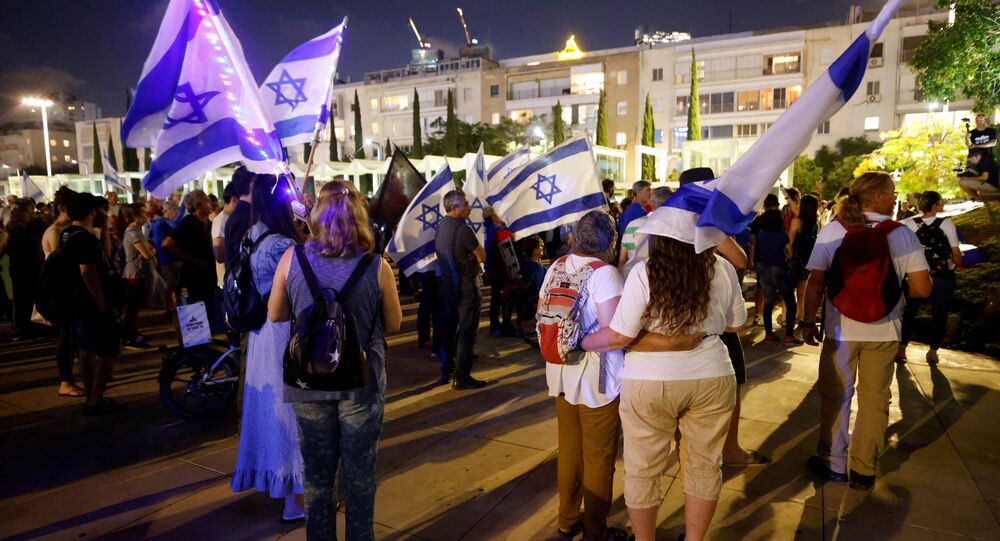 Congratulations Pour in From Around World as Bennett, Lapid Form New Israeli Government

MOSCOW (Sputnik) - Congratulations continue to pour in from foreign leaders and senior officials as Naftali Bennett and Yair Lapid were sworn in as Israel's new prime minister and foreign minister, respectively.

UK Prime Minister Boris Johnson is among the many who congratulated the newly-appointed Israeli cabinet.

"On behalf of the UK, I offer my congratulations to @naftalibennett and @yairlapid on forming a new government in Israel. As we emerge from COVID-19, this is an exciting time for the UK and Israel to continue working together to advance peace and prosperity for all", Johnson tweeted.

"Warmest congratulations to @yairlapid on assuming his duties as Alternate PM & FM of #Israel. Wish him every success & look forward to working closely together to drive forward Flag of Cyprus-Flag of Israel rich #bilateral agenda & #regional coop," Christodoulides wrote on Twitter.

More wishes came in from Ukrainian Foreign Minister Dmytro Kuleba, who congratulated Lapid on his appointment.

"Israel is a true friend of Ukraine, and I look forward to working together on further strengthening our partnership", Kuleba tweeted.

© REUTERS / Ronen Zvulun
Israeli Prime Minister Naftali Bennett and some of his government attend its first cabinet meeting in the Knesset, Israel's parliament, in Jerusalem June 13, 2021.

Congratulations to Bennett and Lapid were earlier voiced by Austria, the United States and the European Union, whose high representative for foreign affairs and security policy, Josep Borrell, has already held talks with Israel's newly-appointed top diplomat.

On Sunday evening, the Knesset voted to swear in its first government in 12 years not led by Benjamin Netanyahu. The new government will be headed by Bennett for about two years. Under the coalition agreement, Bennett will then yield the helm to alternate Prime Minister Lapid, the head of Israel's largest opposition party Yesh Atid.