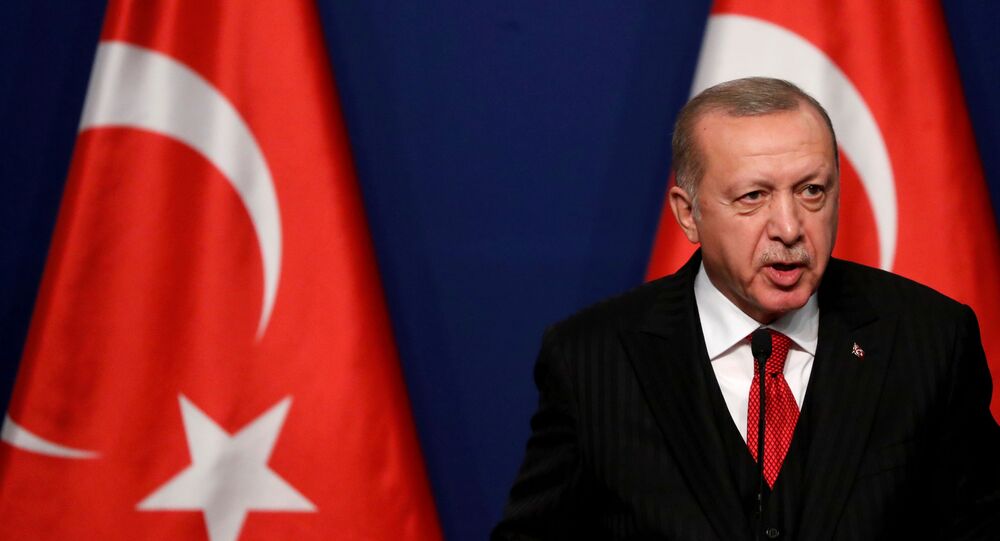 Relations between Turkey and the US have soured ever since Ankara decided to buy S-400s from Russia, disregarding Washington's objections. Subsequently, however, other issues have emerged as obstacles to improving bilateral ties, such as Turkey's expulsion from the F-35 programme and the US recognition of the Armenian genocide.

Turkish President Recep Tayyip Erdogan has called on his American counterpart Joe Biden to use the opportunity on Monday to mend bilateral ties between the countries. The two presidents are to meet during the 14 June NATO summit and Erdogan hopes that Ankara and Washington will be able to leave their disagreements in the past by resolving these issues in talks with Biden.

The Turkish president specifically referred to the row regarding the S-400 air defence systems that Turkey bought from Russia in 2017 and the US decision to expel Ankara from the F-35 programme in retaliation for the purchase. The White House insisted that it was forced to end the sale of the fifth-generation jets to Turkey, citing the alleged incompatibility of the S-400s with NATO's defence grid and the threat they purportedly pose to the jet's secrets.

"We need to put Turkey-US ties on the table first-hand. There was a lot of gossip internally and externally, so we need to talk about how we can leave these troubles behind, what we can do and what we will do", the Turkish president said.

Erdogan also promised to raise the issue of Washington's recent recognition of the Armenian genocide by the Ottoman Empire in the early 20th century, which Ankara vehemently denies took place.

The upcoming meeting between the two presidents should be based on an "unconditional approach" with Washington making no demands in advance, Erdogan stressed.

The two presidents have had the chance for a one-on-one conversation since Biden's election, but it was only a brief call in April, during which POTUS gave Erdogan heads-up about the upcoming recognition of the Armenian genocide. Speaking to reporters on 13 June before flying for Brussels, the Turkish president once again underscored the importance of mending ties between the two states, adding: "Turkey is not just any country - it is an allied country".

US-Turkish relations have been deteriorating ever since Ankara decided to buy Russian air defence systems. Washington repeatedly advised Turkey against doing so, but Erdogan indicated that Ankara already tried in the past to buy American Patriots without any success. Back then, Washington continuously delayed issuing a permit for the sale of the US air defence system.

© AFP 2021 / ADEM ALTAN
Turkey: Term Genocide 'Has to Be Used' for Washington, Not Ankara

Other issues also contributed to the downward spiral of bilateral ties. Ankara harshly criticized Washington for depriving it of F-35 jets, whose development Turkey had co-funded. Erdogan also scolded the US for supporting Kurdish militants in Syria, which Ankara treats as terrorists, and for refusing to extradite Fethullah Gülen – a Turkish opposition cleric whom the authorities blame for orchestrating the unsuccessful 2016 coup d'etat.

Turkey: Term Genocide 'Has to Be Used' for Washington, Not Ankara