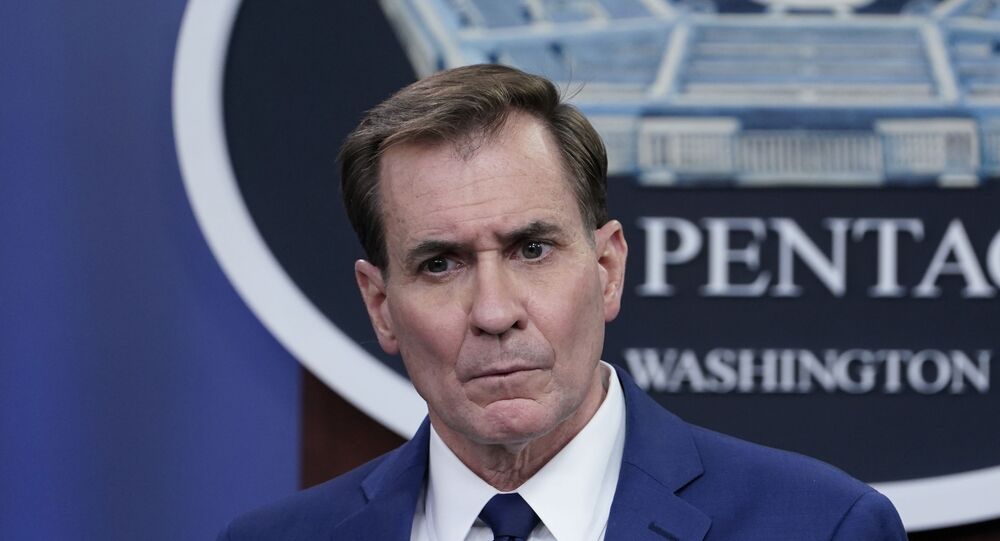 WASHINGTON (Sputnik) - The Defense Department does not rule out the possibility of deploying additional capabilities to Afghanistan for the US drawdown, Pentagon spokesperson John Kirby said on Friday.

"It is not out of the realm of the possible that for a short period of time there will have to be some additional enabling capabilities added to Afghanistan to, again, help affect a safe, orderly, and deliberately planned drawdown of everybody by the president's deadline in early September," Kirby said in a press briefing.

Kirby said preliminary drawdown plans are currently being revised, which include the pullout of some US contractors from Afghanistan.

On Wednesday, US president Joe Biden announced the decision to withdraw troops from Afghanistan starting May 1 and ending before September 11, the twentieth anniversary of the terrorist attacks in New York, after which the administration of George W. Bush launched an operation in the country against the al-Qaeda* terrorist group.

On Wednesday, NATO Secretary-General Jens Stoltenberg said that the alliance would start the troop withdrawal from Afghanistan on May 1 and wrap it up within several months.

© AFP 2021 / Romeo Gacad
Sen. Graham Warns Biden 'Paving the Way' for New 9/11, 'Extending War' With Afghanistan Withdrawal
In 2014, Afghanistan, as well as the United States and NATO, signed security agreements that allow the allies to maintain a limited military presence in the country. Since January 1, 2015, the combat operation has been replaced by the Resolute Support mission.

In early 2020, the United States and the Taliban signed the first agreement in more than 18 years of war, which stipulates the withdrawal of foreign troops by May 1 this year under the condition that the violence in the country ends.

The Taliban representatives have repeatedly stated the need for the United States to comply with the previously agreed deadlines for the withdrawal of troops, stipulated in the agreement signed in Doha.

Fewer than 10,000 troops from NATO and partner countries are currently deployed in Afghanistan, including 2,500 US troops. Their main task is to educate and train the Afghan security forces.