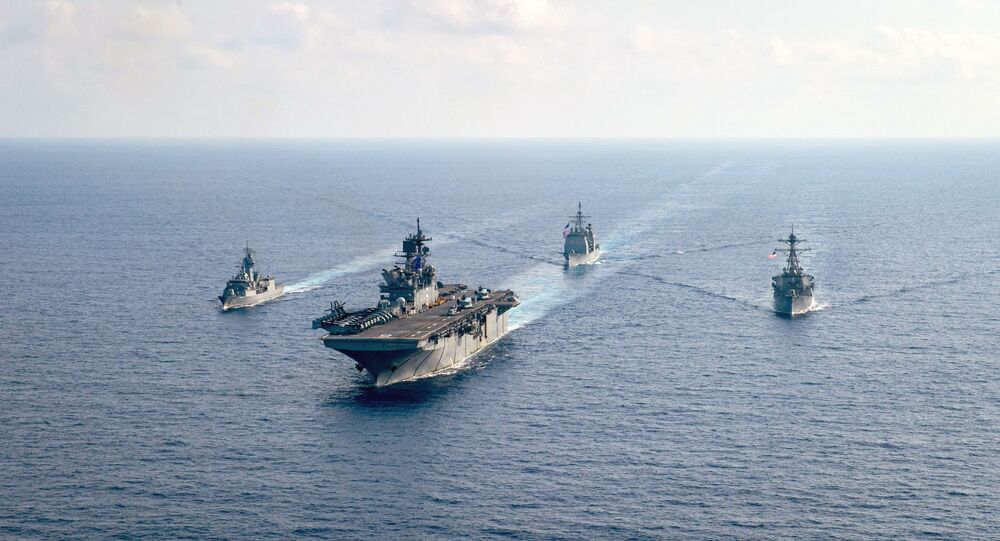 Earlier this week, US President Joe Biden announced that "rather than return to war with the Taliban," Washington would instead focus its military efforts on shoring up "American competitiveness to meet the stiff competition we're facing from an increasingly assertive China."

During a Thursday evening phone call, a senior Biden administration official reiterated the US' plan to shift its manpower to the Indo-Pacific region.

"One of the reasons why the president and his team has taken the careful steps on Afghanistan is actually to free up the time and attention and resources from our senior leadership and our military to focus on what we believe are the fundamental challenges of the 21st century and they lie fundamentally in the Indo-Pacific," the source said.

Biden stressed on Wednesday that the US pullout from Afghanistan would mean that other countries, like Pakistan, Russia, China, India and Turkey should "do more to support" Kabul, since "all have a significant stake in the stable future for Afghanistan."

Moments later in his address, the US president claimed the strengthening of alliances and work with "like-minded partners" to ensure "the rules of international norms that govern cyber threats and emerging technologies that will shape our future are grounded in our democratic values — values — not those of the autocrats."

Said alliances would likely include the other members of the Quadrilateral coalition: India, Australia and Japan.

"Democratic sovereign nations are being threatened and coerced by foreign interference. Cyber attacks are becoming more sophisticated, including from state sponsored actors, and frequent," the Australian prime minister asserted.

At the same conference, US Indo-Pacific Command Chief Admiral Phil Davidson and others highlighted their disagreements with Beijing's "One-China policy" and its application to Hong Kong and Taiwan.

"Making baseless and irresponsible remarks is not acceptable. We are firmly opposed to interference in China’s internal affairs by any country or anyone under any pretext," Wang remarked. "China has being calling for upholding values of peace, development, equity, justice, democracy and freedom. Aren’t these the values that all of us should be committed to?"