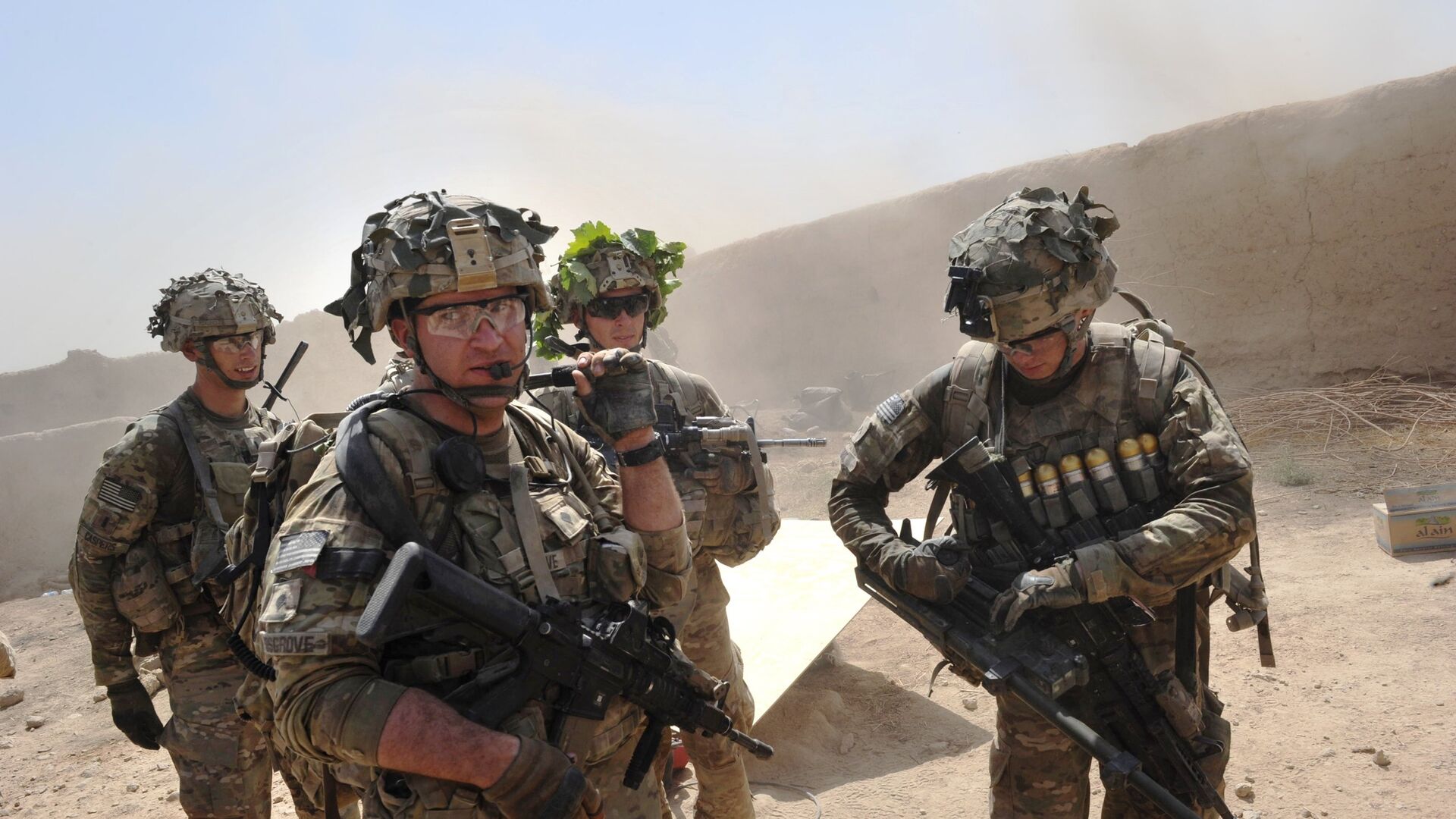 Svetlana Ekimenko
All materialsWrite to the author
Democratic President Joe Biden announced on Wednesday that the US will begin withdrawing its 2,500 troops from Afghanistan on 1 May, hoping to be fully out by 11 September, the 20th anniversary of the 9/11 terror attacks. In line with the move, NATO forces will leave Afghanistan on 1 May as well.

Sen. Lindsey Graham has warned that President Joe Biden’s commitment to fully withdraw American forces from Afghanistan by 11 September is "paving the way" for another 9/11.

"With all due respect to President Biden, you have not ended the war, you've extended it. You have made it bigger, not smaller," said the senior United States Senator from South Carolina during a Capitol Hill press conference.

Sen. Lindsey Graham on withdrawing troops from Afghanistan: "President Biden, unfortunately, has chosen the highest risk option available, which is to leave no matter what." pic.twitter.com/HYlQnIjy66

​Graham, who joined the United States Air Force in 1982, and served on active duty until 1988, claimed that Biden's decision is fraught with a further escalation of the civil war in Afghanistan, creating a volatile environment that may return groups like al Qaeda* and Daesh** to power.

"The likelihood of this happening again is going through the roof after President Biden's decision today," warned the politician.

The Republican Senator, who was recalled to active duty as a judge advocate during the 1990–91 Gulf War, and served in Afghanistan during the August 2009 Senate recess, pointed to the manifest example of developments that followed the total withdrawal of troops from Iraq in 2011.

Critics of that decision, taken under former President Barack Obama, say it facilitated the rise of Daesh.

"He's setting Afghanistan on a path to deteriorate rather quickly and for the enemy, radical Islam, to reconstitute. It can all be avoided with a minimal commitment compared to the past," stated Sen. Graham.

Referencing the new report from the Office of the Director of National Intelligence, that offered a pessimistic assessment of peace prospects in Afghanistan, Graham added:

"President Biden, unfortunately, has chosen the highest risk option available, which is to leave no matter what."

Biden announced the decision to pull out US forces totalling about 2,500 from Afghanistan in a televised speech on Wednesday from the Treaty Room of the White House. It was the same place where, on 7 October 2001, then-President George W. Bush had announced airstrikes on Afghanistan. Biden said that the reasons for staying in Afghanistan had "become increasingly unclear", and that the US had "accomplished all that we can militarily".

"I am now the fourth United States president to preside over and American troop presence in Afghanistan. Two Republicans. Two Democrats. I will not pass this responsibility to a fifth," he said.

BREAKING: President Biden announces U.S. will begin its final withdrawal of troops from Afghanistan on May 1.

"We will not conduct a hasty rush to the exit. We'll do it responsibly, deliberately and safely." https://t.co/qp2ZY191EH pic.twitter.com/Crd9zV1yjq

Biden also called on countries in the region, especially Pakistan, but also China, India, Russia and Turkey, to do more to support Afghanistan.

All American forces are to be pulled out by 11 September - the 20th anniversary of the 9/11 terror attacks.

Afghanistan's president, Ashraf Ghani, acknowledged that he had spoken to the US President prior to the official announcement, adding that his government "respects the US decision and will work with our US partners to ensure a smooth transition".

Ghani went on Twitter to add that his country’s security and defence forces were "fully capable of defending its people and country”.

Afghanistan’s proud security and defense forces are fully capable of defending its people and country, which they have been doing all along, and for which the Afghan nation will forever remain grateful.

The new date for complete withdrawal set by Biden pushes back the 1 May deadline established under a peace agreement between then-President Donald Trump and the Taliban in 2020.

Responding to the announcement, the Taliban on Wednesday reiterated they wanted all foreign forces to leave Afghanistan "on the date specified in the Doha Agreement."

The Islamic Emirate of Afghanistan seeks the withdrawal of all foreign forces from our homeland on the date specified in the Doha Agreement.

If the agreement is adhered to, a pathway to addressing the remaining issues will also be found.

If the agreement is breached and foreign forces fail to exit our country on the specified date, problems will certainly be compounded and those whom failed to comply with the agreement will be held liable.

Earlier, President Biden had warned the Taliban that if "they attack us as we draw down, we will defend ourselves and our partners with all the tools at our disposal."

The announced move comes as a recent US intelligence report suggested that a peace deal was unlikely in Afghanistan next year between the Taliban and the government of Afghanistan.

"The Afghan government will struggle to hold the Taliban at bay if the coalition withdraws support," predicted an unclassified version of the report released by the Office of the Director of National Intelligence.

“The US ability to collect intelligence and act on threats will diminish when American troops leave Afghanistan,” CIA Director William Burns testified on Wednesday to the Senate Intelligence Committee.

"Apparently, we're to help our adversaries ring in the anniversary of the 9/11 attacks by gift-wrapping the country and handing it back to them," said Minority Leader Mitch McConnell in the Senate on Wednesday.

Longest War in US, NATO History

The US and its allies invaded Afghanistan in November 2001 in response to the Taliban's sheltering of the Saudi-born al-Qaeda leader Osama bin Laden. 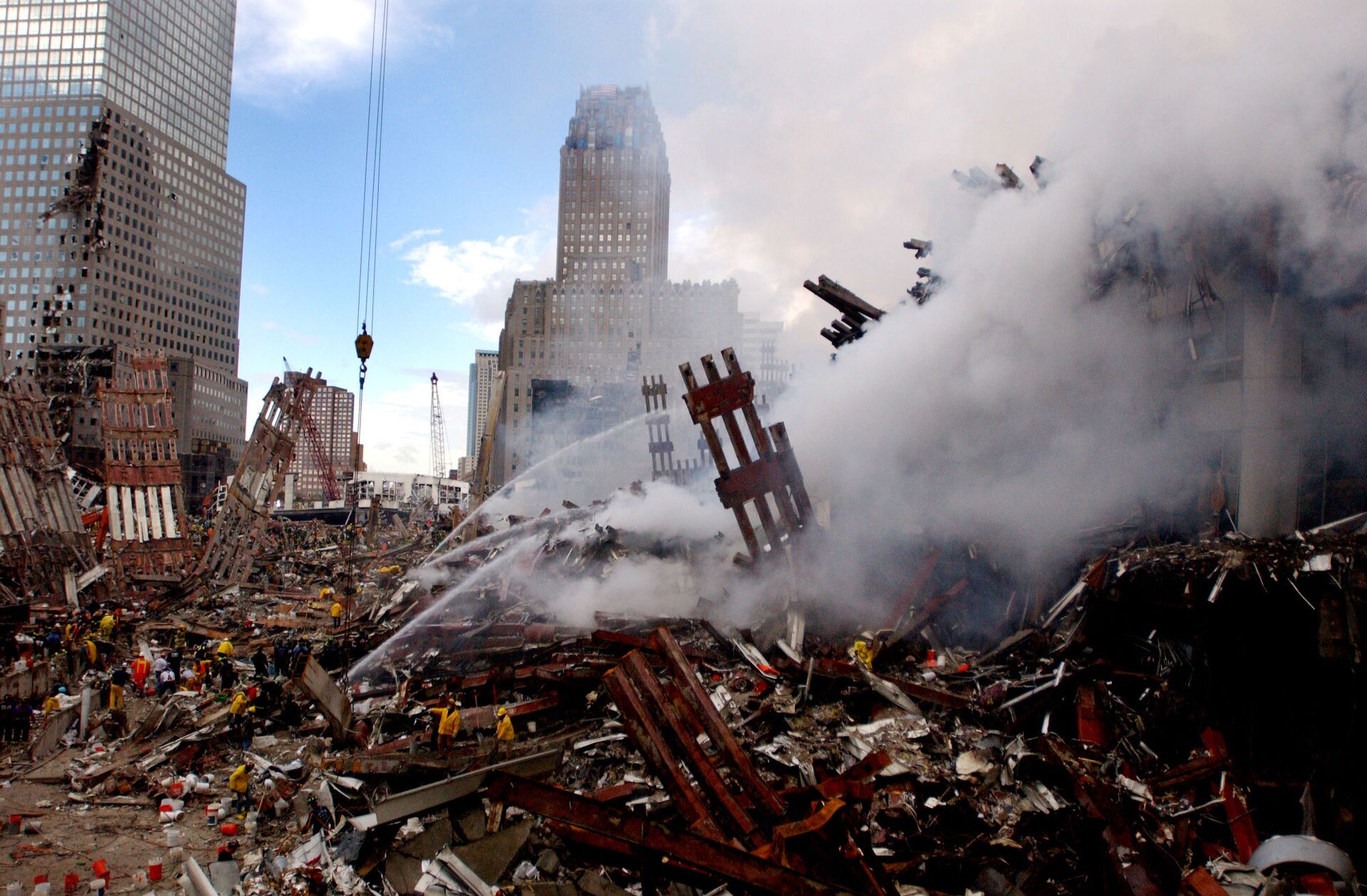 Washington believes him to be the mastermind of the deadly 9/11 terrorist attacks.

After US and NATO forces took control of major population centers during the invasion, they nevertheless found themselves mired in a long insurgency against the Taliban.