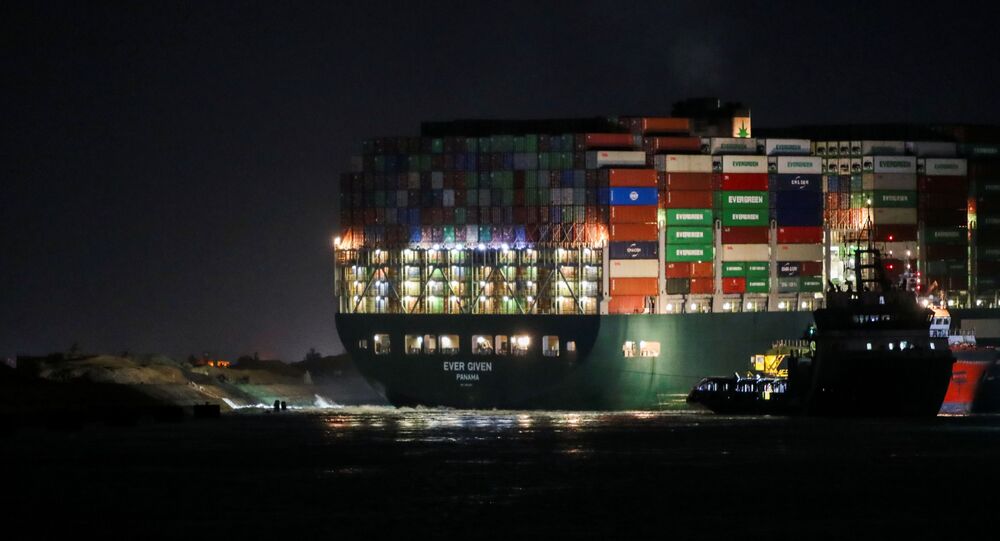 Rabie also remarked that efforts to free the stuck ship may be completed on Saturday or Sunday, depending on how the ship responds to tides.

Osama Rabie, head of the Suez Canal Authority, has fuelled rumours that nature might not be to blame for the Ever Given container ship getting stuck in the waterway and causing a massive bottleneck.

While officials previously pointed at 40-knot winds and a sandstorm that “impeded visibility,” as AFP puts it, Rabie suggested a different factor.

According to him, "strong winds and weather factors were not the main reasons for the ship's grounding – there may have been technical or human errors."

© REUTERS / BLACKSKY
Video: Moment of Ever Given Cargo Ship Crashing Into Bank of Suez Canal Captured on Satellite Feed

Rabie also added that, depending on the ship’s responsiveness to tides, efforts to free it may be finished “today or tomorrow,” – i.e. Saturday or Sunday.

Ever Given, which is 400 meters long, blocked the Suez Canal after running aground on Tuesday 23 March, stopping over 320 ships in their tracks at each end of the route.