Video: Moment of Ever Given Cargo Ship Crashing Into Bank of Suez Canal Captured on Satellite Feed 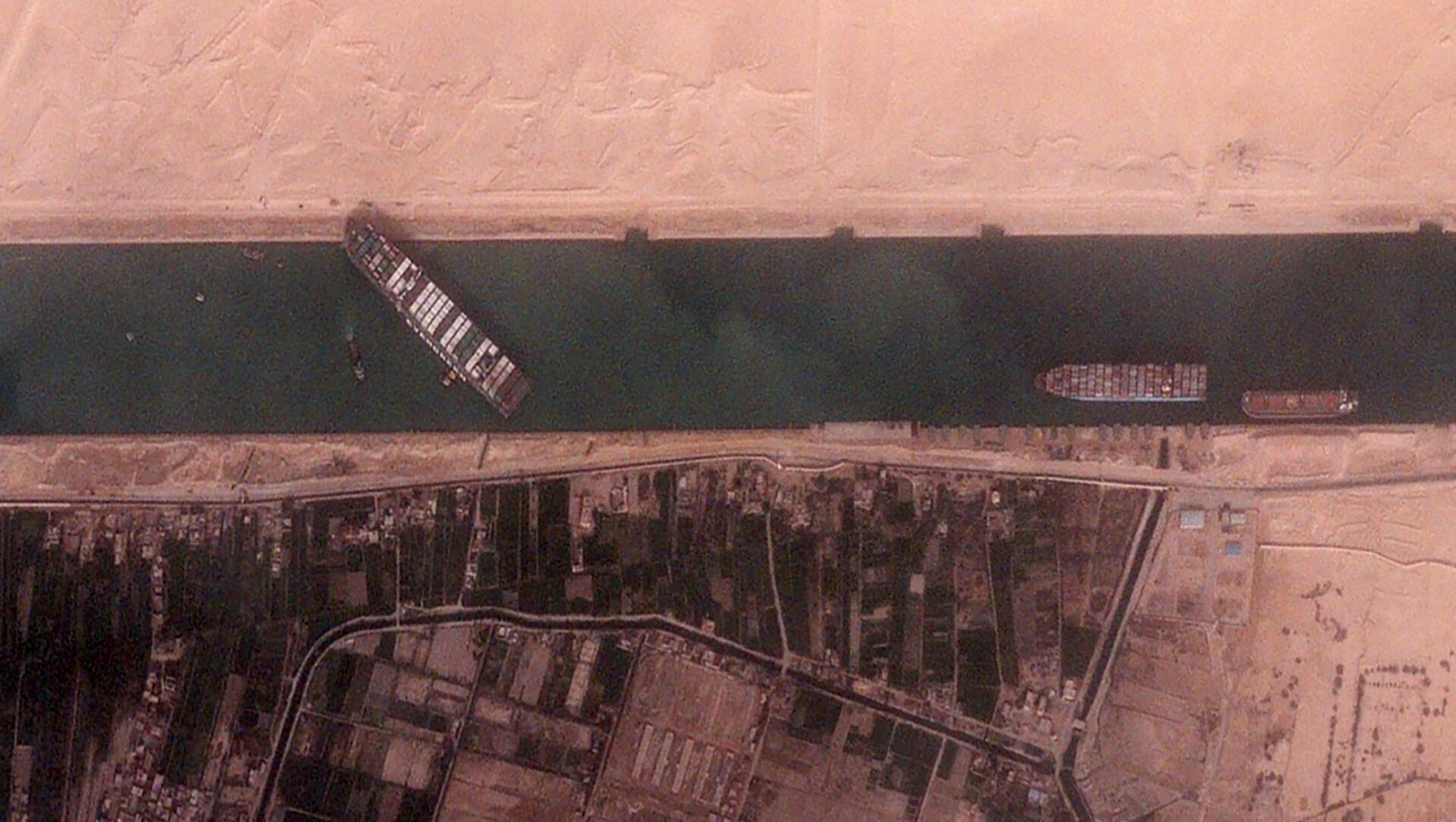 Arty Katkov
All materialsWrite to the author
One of the world’s most vital routes has been blocked by a 400m-long container ship since Tuesday, disrupting international trade.

Vessel Finder has posted a video of a satellite feed created using an onboard tracker which shows the Ever Given cargo container ship veering in the Suez Canal and running aground, blocking the route.

According to the statement by Evergreen Marine Corp., a major Taiwan-based shipping company that operates the ship, the vessel crashed due to strong winds as it entered the canal.

The Suez Canal runs between Africa and the Sinai Peninsula and facilitates 12% of international shipping. Ever Given ran aground about 3.7 miles north of the southern entrance with its bow touching the canal’s eastern wall, and its stern lodged against the western wall.

Egypt's Suez Canal Authority said that to refloat the ship, between 15,000 and 20,000 cubic metres of sand would have to be removed.

The canal blockage has caused costly delays or diversions to longer routes for other vessels and created a traffic jam of over 200 ships.