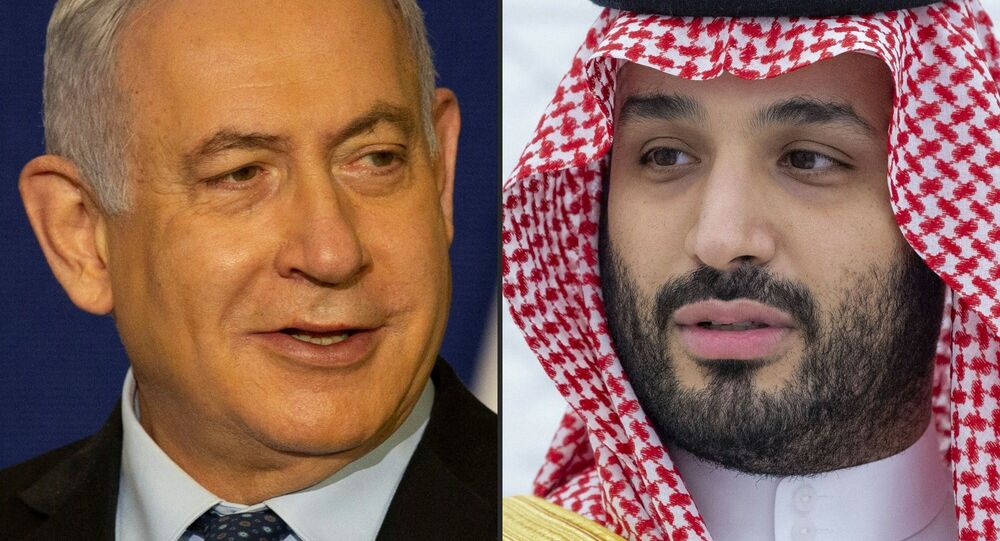 Israel and Saudi Arabia have no formal diplomatic ties, with Riyadh indicating that it will not recognise the Jewish State unless it signs onto the Arab Peace Initiative, a 10-point proposal to end the Arab-Israeli conflict endorsed by the Arab League in 2002.

A ‘well-placed’ Emirati source informed The Jerusalem Post about the possible meeting, telling the newspaper that “MBS is ready to meet Bibi,” and that talks were ongoing as of Wednesday.

Earlier this week, when asked whether a meeting with MBS was on the cards, Netanyahu responded to the question with another question, asking “What is it like to ask questions you know you won’t get an answer to?”

On Wednesday, Israel’s Kan public broadcaster also reported on the possible meeting, saying there were “advanced contacts” on setting up a sit-down between Netanyahu and MBS. The Kan report did not cite any sources or provide any further information.

However, an Al-Jazeera report citing Kan said that the Saudi crown prince would not be in Abu Dhabi for the talks between Netanyahu and Emirati Crown Prince Sheikh Mohammed bin Zayed Al Nahyan.

© AP Photo / Francois Mori
Alleged Contract With Husband 'Grants Sara Netanyahu Veto in Mossad, IDF Appointments'
The possibility of a meeting between Netanyahu and MBS appeared to have become a moot point on Thursday, with Israeli media reporting that the UAE trip had been scrapped due to the hospitalization of the Israeli prime minister’s wife, Sarah Netanayhu. She was sent to hospital with appendicitis on Thursday morning, with the prime minister said to have accompanied her through testing, and planning to stay with her until she recovers.

In a separate report, a senior diplomatic source told JPost that Jordan blocked Netanyahu’s plane from flying through Jordanian airspace en route to the UAE due to the cancellation of a visit by the Jordanian Crown Prince Hussein bin Abdullah to the Haram esh-Sharif in Jerusalem due to a dispute related to the number of security guards the prince could bring with him.

Netanyahu’s trip to the UAE would have been the first time ever that an Israeli prime minister set foot in the Persian Gulf sheikdom. Tel Aviv and Abu Dhabi established diplomatic relations in 2020 in a deal brokered by US President Donald Trump. The UAE became the third Arab nation after Egypt and Jordan to establish ties with Israel since its creation in 1948.

The planned Abu Dhabi trip and possible meeting between Netanyahu and MBS came at an important juncture in both leaders’ political careers. Netanyahu and his allies are facing a new round of legislative elections on 23 March. MBS, meanwhile, is facing growing pressure from Washington in the wake of US sanctions against dozens of Saudi officials and other officials thought to be connected to the 2018 murder of a prominent Saudi journalist.