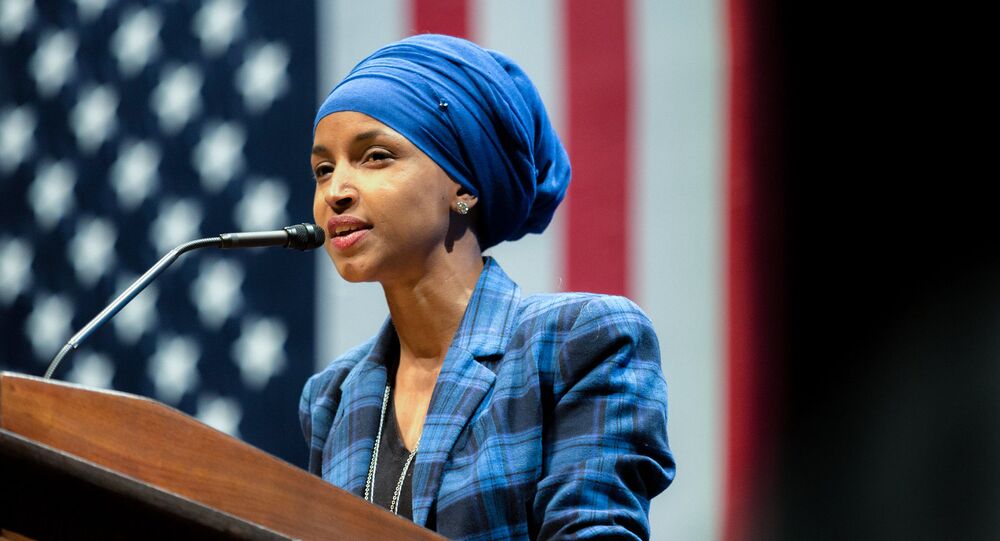 The US President Joe Biden administration last week imposed dozens of sanctions on Saudi officials and individuals believed to be connected to the 2018 killing of Jamal Khashoggi, a prominent Saudi journalist.

US Representative Ilhan Omar (D- MN) on Tuesday introduced legislation to sanction Saudi Crown Prince Mohammed bin Salman for his role in the gruesome killing of Jamal Khashoggi, after US intelligence assessed that the crown prince approved an operation to “capture or kill” the Washington Post columnist.

“If the United States of America truly supports freedom of expression, democracy and human rights, there is no reason not to sanction Mohammed bin Salman — a man our own intelligence found to have approved the murder of US resident and Saudi journalist Jamal Khashoggi,” Omar said in a Tuesday statement obtained by The Hill, also noting that sanctioning the crown prince would be a “test of our humanity.”

“Every minute the Crown Prince escapes punishment is a moment where US interests, human rights, and the lives of Saudi dissenters are at risk,” she continued.

If approved, the legislation, called the Mohammed bin Salman Must be Sanctioned (MBS MBS) Act, would block all the crown prince’s transactions linked to the United States. In addition, it would ban the crown prince for entering the country.

"We base this assessment on the crown prince's control of decision making in the Kingdom, the direct involvement of a key adviser and members of Mohammed bin Salman's protective detail in the operation, and the crown prince's support for using violent measures to silence dissidents abroad, including Khashoggi," reads the report from the Office of the Director of National Intelligence (DNI).

Despite the report’s findings, the Biden administration exempted the crown prince from punitive measures and instead imposed visa restrictions on 79 people believed to be connected with Khashoggi’s deaths, as well as sanctions on a former intelligence official and the crown prince's personals security detail.

On Monday, White House press secretary Jen Psaki defended Biden’s decision not to impose sanctions on the crown prince noting that “historically, the United States, through Democratic and Republican presidents, has not typically sanctioned government leaders of countries where we have diplomatic relations.”