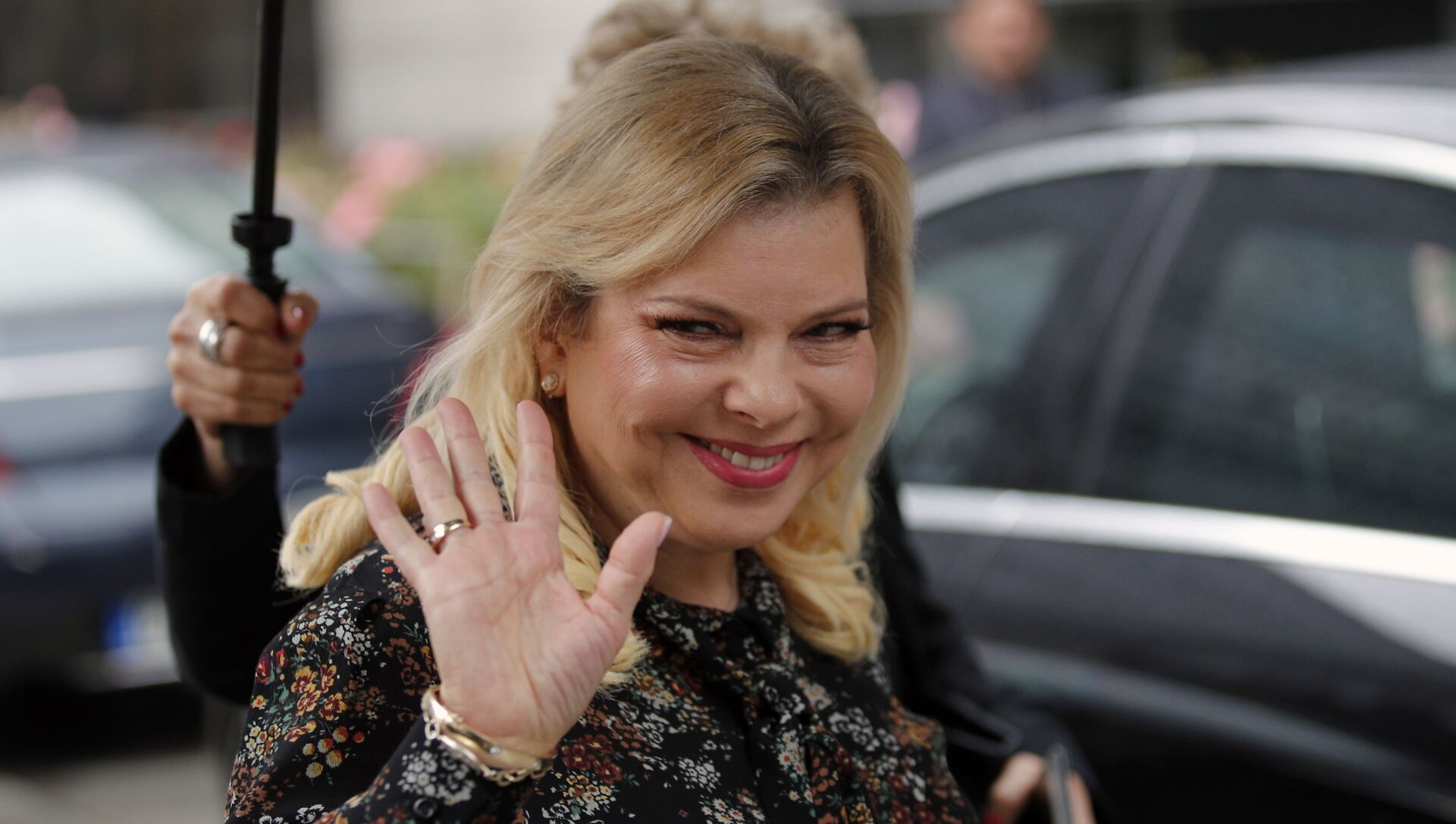 Svetlana Ekimenko
All materialsWrite to the author
A recent video on social media shows David Arzi, former vice president of commercial and civil aviation at Israel Aerospace Industries, claiming he witnessed clauses of the sweeping legal contract between Benjamin Netanyahu and his wife Sara during the Israeli Prime Minister’s first stint in office.

A former senior official from Israel’s Aerospace Industries claims to have first-hand knowledge of the 15-page long legal contract between Prime Minister Benjamin Netanyahu and his wife Sara, writes The Times of Israel.

In a video interview, posted on the internet, David Arzi, former vice president of commercial and civil aviation at Israel Aerospace Industries, says he was allowed to read clauses of the contract in 1999, during Netanyahu’s first stint as prime minister, by the Prime Minister’s lawyer and cousin David Shimron.

​The legal contract signed by the couple, he says, grants Sara Netanyahu (Sara Ben-Artzi prior to her marriage) far-reaching control over their life. Accordingly, she is reportedly allowed to sign off on appointments of the heads of Mossad intelligence agency, Shin Bet domestic security service, and the Israeli military.

In line with the contract, according to Arzi, the prime minister vows not to take any overnight trip without taking along his wife, by profession an educational and career psychologist, who is also allegedly permitted to take part in top-secret meetings.

“She can take part in all the most secret meetings, even though she does not have security clearance. That jumped out at me,” Arzi said in the video, part of an interview in Hebrew with journalist Dan Raviv.

He adds in the video that violation of the contract would result in Benjamin Netanyahu “forfeiting all their property to her.”

“There was a very detailed section that she would handle their finances… It was written that he would not have credit cards, only she would. And if he needed money she would give it to him,” says Arzi in Hebrew, as quoted by the outlet.

The statements by Arzi have stirred up a media storm, with Benjamin Netanyahu’s office strongly denying the claims as “a complete and recycled lie that will be handled legally.”

David Shimron, a close Netanyahu associate since the latter entered politics in 1988, handling all his finances, including campaign contributions, called Arzi’s comments a “blatant lie.”

“I have never drawn up an agreement between Benjamin and Sara Netanyahu, I have not seen an agreement drawn up by someone else and I certainly have never shown such an agreement to anyone,” he was quoted as saying, vowing to sue Arzi for libel. 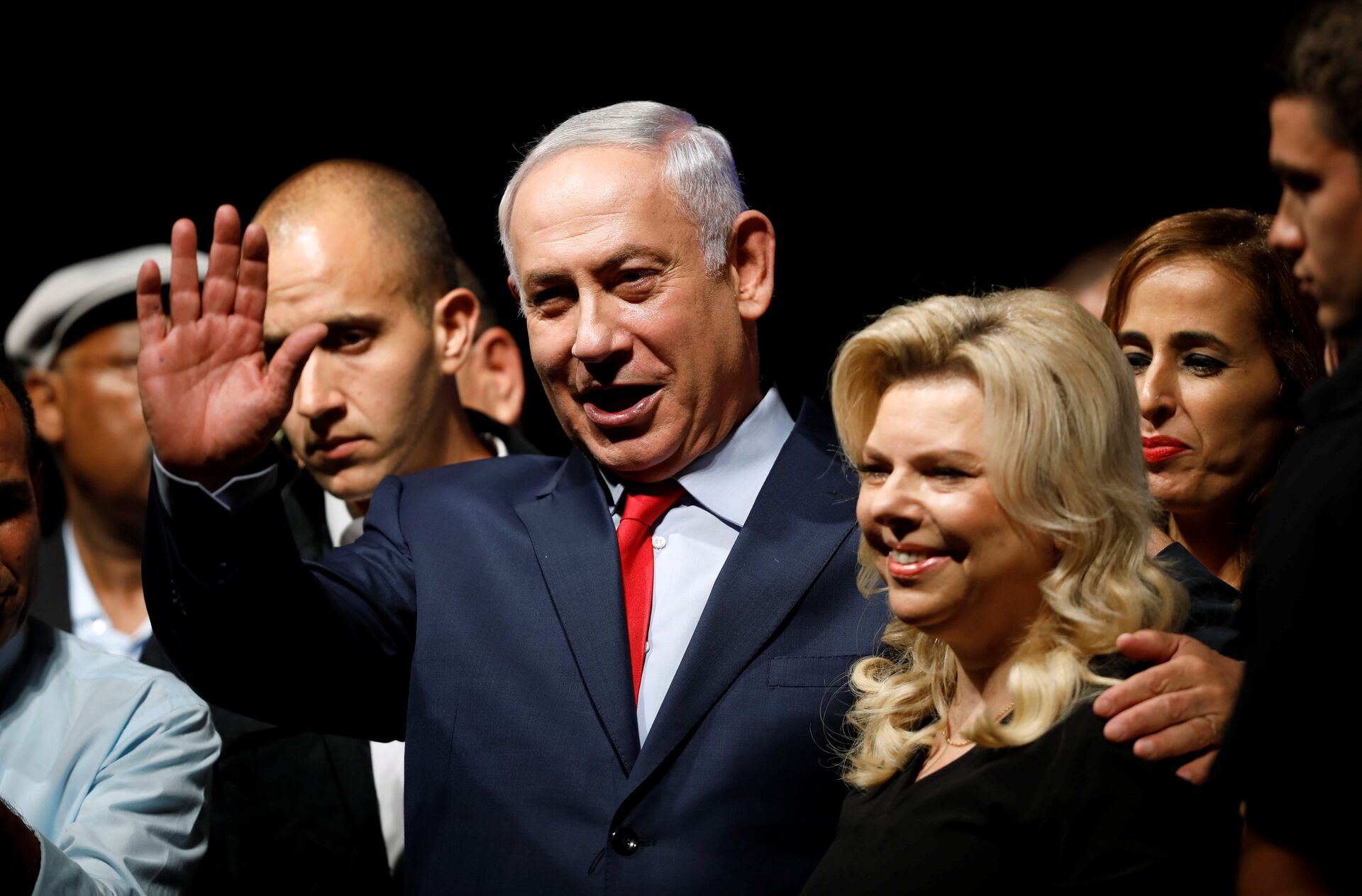 Israeli Prime minister Benjamin Netanyahu (C) and his wife Sara react to his supporters during an event by his Likud Party in Tel Aviv, Israel August 9, 2017
© REUTERS / Amir Cohen

Netanyahu biographer, journalist Ben Caspit, however, has published the results of two recent polygraph tests taken by David Arzi that suggest he might be telling the truth, writes the outlet.

This is not the first time that reports have claimed that Sara Netanyahu wields control over affairs of state.
Amid the ongoing police investigation into corruption charges against Netanyahu, a leaked transcript showed Miriam Adelson, wife of the late casino magnate Sheldon Adelson, claiming that Sara Netanyahu had stepped in to veto her husband’s forming a coalition with current Yamina candidates Naftali Bennett and Ayelet Shaked.

“I was furious after the previous election when he [Netanyahu] was refusing to not build a coalition with Bennett because she [Sara] hates him,” Miriam Adelson reportedly stated, in a reference to the post-2015 election coalition negotiations.

Sara Netanyahu was convicted of misusing public funds in June 2019, while dodging a conviction of aggravated fraud. She had agreed to a plea deal in a case involving allegations of illegally procuring and misreporting catering services at the Prime Minister’s Residence.

In early 2020, Benjamin Netanyahu was indicted on charges of bribery, fraud and breach of trust over alleged efforts to win over more favourable media coverage.

The prime minister denies all the charges.

According to The Jerusalem Post, Netanyahu’s lawyers secured a postponement of the trial ahead of upcoming general election on 23 March. The Jerusalem District Court said it would start hearing witnesses in the corruption trial of Israeli Prime Minister Benjamin Netanyahu on 5 April.