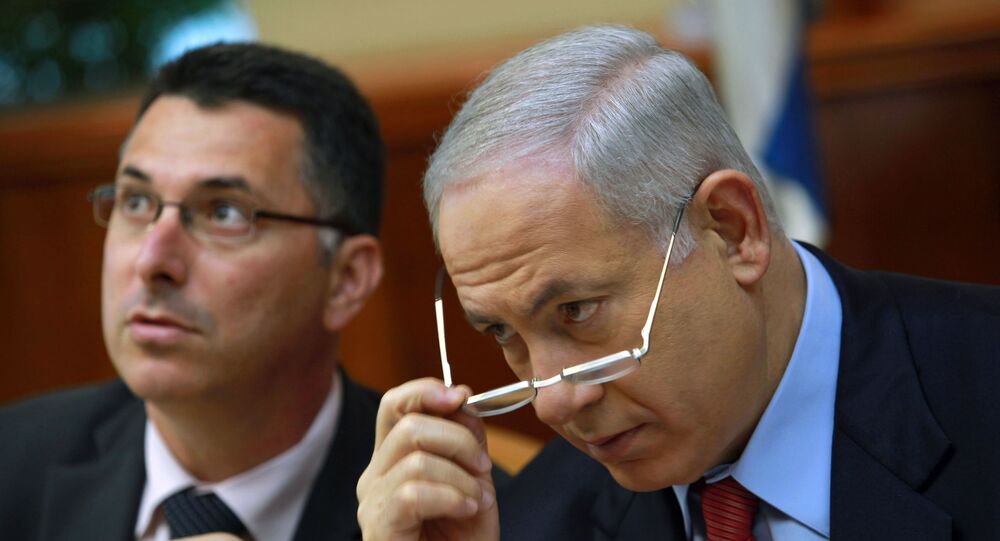 Too Many Rivals Have Tried to Bury Netanyahu Politically But He Cannot Be Underestimated, Here's Why

A leading political strategist says the Israeli prime minister cannot be underestimated and claims his resilience is not only derived from his ability to manoeuvre but also from Israel gradually but surely moving towards becoming a more conservative society.

Israeli Prime Minister Benjamin Netanyahu appears to be widening the gap with his main challengers as recent polls project he will get 32 out of 120 seats in the nation's parliament.

As his position gets stronger, Netanyahu is now hoping that he will get up to 40 seats in the elctions set for 23 March, paving the way for another term.

Until recently, he wasn't that confident. The same polls that are now discussing his achievements have been painting a gloomy picture for the longtime PM, saying his days in politics were finally numbered.

Lior Chorev, a political strategist, who has worked on multiple elections campaigns for more than two decades, has seen the local media burying Netanyahu politically on a number of occasions.

But round after round he stayed on and Chorev pins this resilience on a number of factors.

The first reason behind his success has to do with Netanyahu's character which "cannot be underestimated".

"Bibi is a unique politician, never underestimate him. At times, he can be violent and racist. At other times, he will be embracing those that he had criticised before. Everyone knows that if Netanyahu says it is daytime, you'd better go and check, whether it is actually the case", Chorev believes.

The most vivid example was in 2015, when Netanyahu warned his conservative supporters that "Arabs were pouring into polling stations", a move that brought him victory.

Now, however, Netanyahu seems to be courting those same Israeli Arabs he used to warn Israelis about, determined to secure several thousand votes from their community.

However, it is not only a matter of Netanyahu's mercurial nature. It is also about numbers and that Israel's population is largely tilting towards the right.

"Here we have people, who immigrated to Israel from France and the former Soviet Union. They normally vote for the right. Add to this the religious population and the Ultra-Orthodox community and you will understand that Netanyahu has a very large base of people who share his ideas", says Chorev.

With the establishment of the State of Israel in 1948 the religious made up a small fraction of a largely secular population. Today, they constitute 12 percent and according to some estimates they will reach 40 percent by 2065.

© Photo : Gideon Sa’ar/facebook :
Hawkish Politician Embraced by Israeli Media: Who is Netanyahu's New Challenger Gideon Saar?
Of course, not all members of the Ultra-Orthodox and religious communities will be casting their votes in favour of the PM. Some will not vote at all. Others will surely prefer their own parties but by doing so they will make sure that power still remains in Netanyahu's hands.

Here the math is simple. Right now, Netanyahu and his conservative bloc, which includes the religious parties have a total of 48 seats, meaning they still need to secure 13 spots to form a coalition.

But the problem is their rivals have even fewer chances of reaching that same goal.

Gideon Saar, Netanyahu's main challenger and a man who recently defected from the PM's Likud party, is only expected to receive 17 seats. What this means is that he will either have to join forces with the left-wing lists (something that he will probably try to avoid), or will need to give up and sit down for talks with the prime minister.

Netanyahu, who has only started his campaign, appears to be getting stronger and Chorev says he should use his "leadership capabilities, his global status, his reputation as Mr Security and his enormous experience" to gain even more potential votes.

Yet, he will need much more than that. First, he will need to make sure that he sticks to the values important for his base of voters and the conservative bloc which range from the issue of settlements and to access to funds for their religious institutions.

Second, he will need to pray and hope that the mass vaccination project proves to be effective and that Israel overcomes the current health crisis.

And, finally, the PM will also need to steer the country through the economic abyss triggered by the outbreak of the coronavirus pandemic that has already claimed the lives of more than 4,000 Israelis.

Right now, the future looks promising for Netanyahu. But even if he fails to gain the votes needed to form a coalition, Chorev says he can still remain the country's PM.

"Netanyahu doesn't even need to form a coalition. Israeli law stipulates that in the event of no government, the incumbent premier remains in his seat and that means that as long as there is no government in Israel, Bibi will stay around".