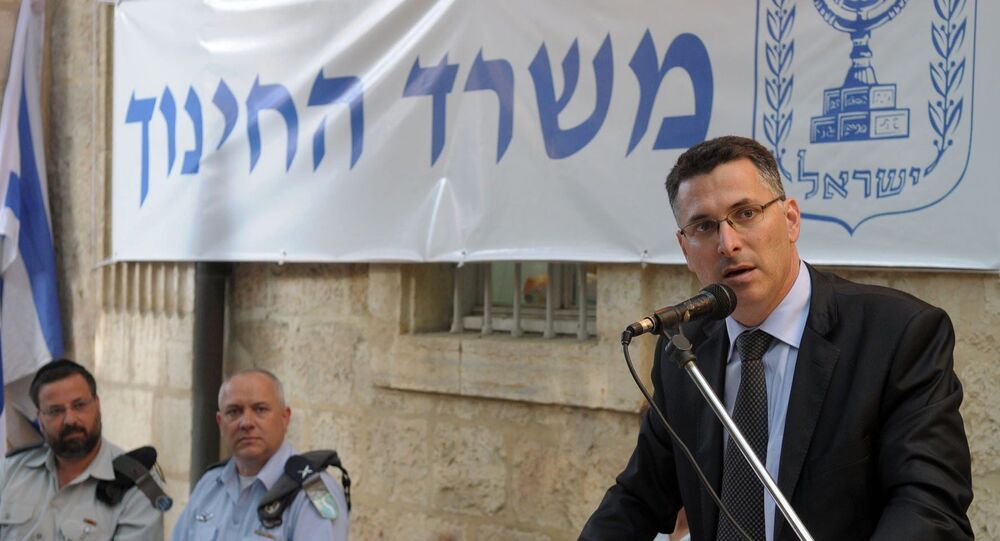 Israel's parliament, the Knesset, is supposed to pass a national budget by Tuesday night, but if it fails to do so the chamber will dissolve itself, prompting yet anothet general vote, the fourth in under two years.

Only several weeks ago it was Naftali Bennett, the chief of Israeli party Yamina, who was perceived as Prime Minister Benjamin Netanyahu's main challenger in elections looming large on the horizon.

But everything changed in early December, when Gideon Saar, a longtime politician from Netanyahu's Likud announced his intention to leave the PM to run against him should elections be called.

Estimates suggest that Israelis will head to the polls any time between March and June 2021. This would be the fourth vote in under two years, and recent polls project Saar's party getting 21 spots in the 120-seat parliament, becoming the second strongest in the Jewish state.

During his almost two decades in politics, Saar has positioned himself as a right-leaning politician with views that are at times more radical than those of Netanyahu.

In 2013, for example, he played a pivotal role in the opening of the Holot detention centre in southern Israel that houses hundreds of illegal African migrants, causing an outcry from the country's human rights groups. And years later, as minister of education, he was responsible for introducing a concept into the school system that included a more in-depth teaching about the Jewish presence in the West Bank, something that raised eyebrows among the Jewish state's liberal circles.

Those same circles still view Saar as a hawkish politician, whose stance is more radical than Netanyahu's and in many cases their perception is grounded in fact.

When he was young, Saar demonstrated against the decision to evacuate Yamit, an Israeli settlement in the northern Sinai that was handed to Egypt in 1982 as part of a historic peace agreement.

Years later, he expressed strong opposition to the creation of a Palestinian state, and support for extending sovereignty over parts of the West Bank and for expanding the Jewish presence in Jerusalem.

In the past, Saar was slammed for his views but now as he represents an alternative to Netanyahu, the Israeli media appears eager to embrace him, presenting him as a thoughtful leader, who can steer the country through the current health and economic crises caused by the pandemic, even though his political agenda and platform don't differ much from that presented by the current PM.

Saar will need the support of the media as the battle with Netanyahu for the nation's top spot will not be an easy one. And even if Saar does manage to get the 21 seats he is currently projected to win, he will still need the backing of 40 more Israeli parliamentarians to become Israel's prime minister.

The heads of other parties, including the aforementioned Bennett, the head of the opposition Yair Lapid, and former Defence Minister Avigdor Lieberman, will not make it easy for him to occupy that seat. But the desire to get rid of Netanyahu might help them put their egos aside and work towards a joint goal.

It was recently reported that Lieberman had called on Saar, Bennett, and Lapid to join forces in a bid to remove Netanyahu from his post.

If these plans materialise, it'll be the first time Israel's ever had a solid right-wing bloc that could present an alternative to Netanyahu.

Polls project the four party leaders obtaining a total of 54 seats and that means they'll need to secure 7 more seats for them to be able to form a government.

Although it might look easy, past experience shows that reaching the magic number of 61 seats can prove a difficult task and if elections do end up being announced Netanyahu and his loyalists won't go down without a fight.