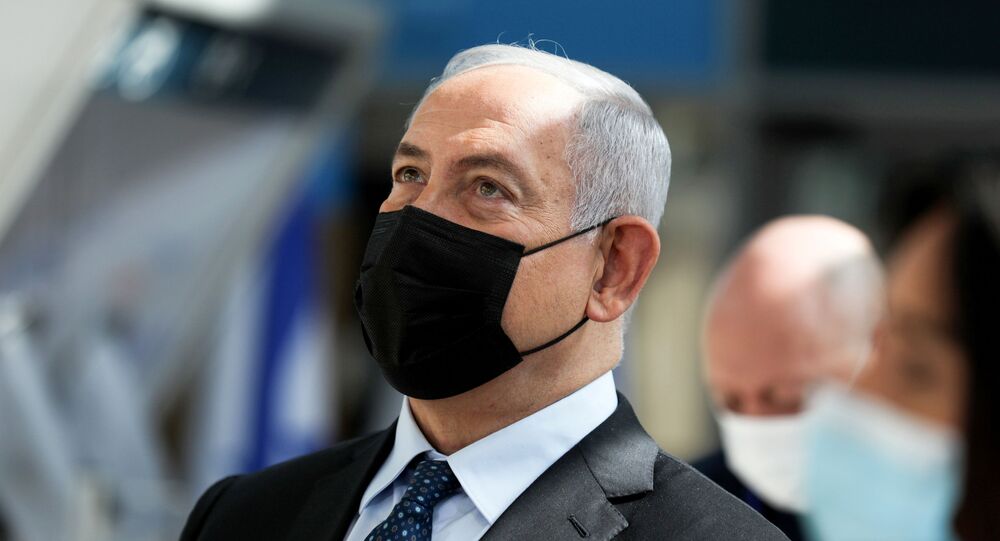 A few years ago, the Israeli TV station Hadashot cited sources as saying that the country's Prime Minister Benjamin Netanyahu is interested in normalising formal ties between the Jewish state and Saudi Arabia.

The reports come as an array of Israeli reporters, including Barak Ravid, claimed that the alleged secret gathering took place in Neom, a newly planned Saudi city, located a few miles from Israel's southern border.

It was Bibi's ex-fav bizjet t7-cpx. Back to Tel Aviv after 5 hours on ground pic.twitter.com/Ty9aedYbsK

Big story. @BarakRavid reports that Netanyahu flew secretly to Saudi Arabia for a meeting with MBS and Pompeo. The meeting was in Neom, Saudi's new planned city on the Red Sea, only a few miles from Israel's Southern border. https://t.co/TBzhYbAkVf

Education Minister Yoav Gallant, who is also a member of Netanyahu’s cabinet and Likud party, confirmed the report, pointing out that “the very fact the meeting happened, and was outed publicly, even if half-officially right now, is a matter of great importance”. The US Embassy in Jeruslaem is yet to comment on the matter.

The report followed the Saudi Press Agency announcing in September that the Kingdom would allow "all countries" to fly over its territories en route to and from the United Arab Emirates (UAE).

This comes a day after US Secretary of State Pompeo expressed confidence that there are more Arab countries willing to normalise relations with Israel.

This follows the first Israeli commercial flight already making its way to the UAE via Saudi airspace in September, when American and Israeli delegations paid an official visit to Abu Dhabi to consider cooperation ahead of a peace agreement that was inked later that month.

The Saudi move was swiftly touted by Israel as a boon, with Prime Minister Benjamin Netanyahu hailing it as "a tremendous breakthrough" that will make trips cheaper and shorter, which will boost tourism and improve the economy.

In August, US President Donald Trump told reporters that he believed Saudi Arabia would be the next country to join the recent peace deal between Israel and the United Arab Emirates (UAE).

© AP Photo / Evan Vucci
Jared Kushner: It’s Inevitable Israel and Saudi Arabia Normalise Diplomatic Ties
Trump stressed that "a good deal was the deal we made with UAE and Israel" last week and asserted that other countries “want to come into that" agreement, later clarifying that he envisioned Saudi Arabia following suit.

In 2018, the Israeli TV station Hadashot cited sources as saying that Netanyahu was interested in сoncluding formal ties between the Jewish state and Saudi Arabia.

Earlier, he admitted to Israel "having contacts" with Saudi Arabia which "have been kept in general secret".
This came as Israeli Defence Forces Chief of Staff Gadi Eisenkot revealed that his country was ready to share intelligence with Riyadh in order to "face Iran", considered to be a threat by both Israel and Saudi Arabia.