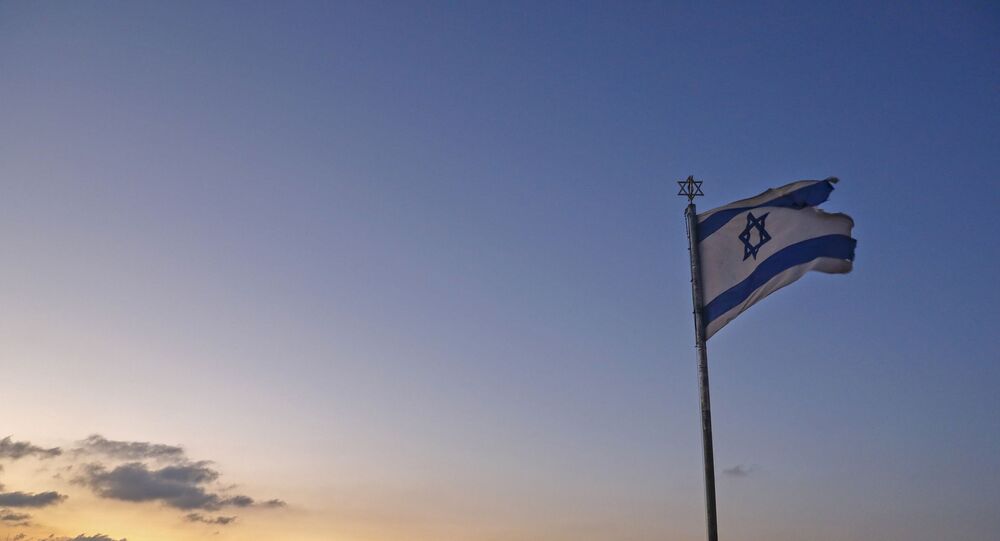 US President Donald Trump has said that five to six countries are eyeing the possibility of recognising Israel following the Gulf peace deals. Although now it still looks remote, primarily because of the upcoming presidential race in Washington, many states are considering ties with the Jewish state due to their own national interests.

It's been less than a month since Israel, the United Arab Emirates and Bahrain inked historic US-brokered peace agreements, hailed by President Donald Trump as the “dawn of a new Middle East”, on the White House lawn.

Since then, talk about which countries will follow suit has preoccupied many in Israel, especially after hints interjected by Trump himself, who suggested that "five or six" additional countries will join the club of states that recognise Israel.

Looking at its neighbour, the UAE, Saudi Arabia is also reportedly eyeing the option of establishing ties with Israel.

For them, the interests are clear. Just like Abu Dhabi, Riyadh is interested in Israeli technology and is looking to diversify away from its reliance on oil production; just like the UAE, they are also looking for allies to defend themselves against the perceived threat of Iran.

Although some experts believe that the war of words between the Kingdom and Iran is unlikely to develop into a full-fledged war, Riyadh takes the "threat of Iran" seriously, especially after May, 2019, when its air defence intercepted two missiles in Mecca province that were allegedly fired by Yemen's Houthi rebels, which the Kingdom maintains are backed by the Islamic Republic.

© AP Photo / Gali Tibbon
Mossad Chief Who Secretly Facilitated Israel’s Peace Deals With UAE, Bahrain Says Saudis May Be Next
Iran is said to have one of the region's most formidable armies: it not only boasts more than a million active personnel but also has a vast arsenal of ballistic missiles, considered the largest in the Middle East.

Iran's nuclear programme is mostly viewed as a headache by its neighbours, and although Tehran has never threatened Saudi Arabia, Riyadh is concerned that the weapons of mass destruction Iran is often accused of pursuing could be used against the Kingdom. Tehran has, however, on a multitude of occasions, stressed that its nuclear programme is peaceful and that WMDs are forbidden under Islam.

To protect itself from that perceived threat, Saudi Arabia is looking for allies, and Israel, which shares a common foe in Iran, seems to be willing to forge that alliance.

But inking a deal won't be an easy task for two reasons.

First, the Saudi leadership is split: while King Salman, who is supportive of the Palestinian cause, doesn't want his kingdom to seal a deal with Israel, his son Crown Prince Mohammed Bin Salman is rumoured to be willing to break away from the traditional policy, establishing official ties with the Jewish state.

However, the Saudis are also believed to be dragging their feet for yet another reason -- public opinion.

For years, their politicians and clerics have been critical of Israel and its policies. For years, they have been funding the Palestinians and contributing to a public opinion that doing business with the Jewish state was both illegal and immoral.

Now, fatigued from the fact that their billions of dollars in aid to the Palestinians has yielded little fruit, they might need to make necessary adjustments to convince the masses that times have changed and that a partnership with Israelis might be beneficial, a drastic move that will need time.

Just like Saudi Arabia, Kuwait is also leery of Iran, and might seek the help of Israel to counter Tehran's growing regional influence.

The fact that Kuwait is an important ally of the US might also play a role in bringing the country closer to Israel, but the change of leadership is likely to bog down that process, whereas the nation's ties with the Palestinians might postpone it indefinitely.

Traditionally, Kuwait has been one of the biggest supporters of Palestinians, giving refuge to tens of thousands of them in 1948, during Israel's war of independence.

Even though that support was halted following Iraq's invasion of Kuwait in 1990 due to the backing some Palestinians threw behind Saddam Hussein, Kuwait's leadership managed to put that blow past them and throughout the years has pledged millions of dollars to the PA, while providing them with diplomatic assistance.

The new Emir, who assumed the post following the death of Sheikh Sabah Al Ahmed Al Jaber Al Sabah in the end of September, is unlikely to change that policy. But although Kuwait will not rush to be one of the first countries to recognise Israel, it could certainly be one of the last.

Oman has its own reason to normalise ties with Israel: simply put, it is the urge to continue its foreign policy of acting as a peacekeeper and as a mediator in regional disputes.

As such, Oman has been able to keep warm relations with Iran, despite being a part of the Gulf Cooperation Council that is critical of Tehran; and it managed to maintain ties with Qatar, while the other GCC countries chose to boycott it in 2017.

The same policy of having zero problems with neighbours is also adhered to when it comes to the Israeli-Palestinian conflict.

© AP Photo / Susan Walsh
Oman Will Allegedly Send Representative to Signing of Peace Deals Between Israel, Bahrain and UAE
Determined to show that it is not in "anyone's pocket", Muscat has managed to show support for Palestinians while also remaining quite open about its attitude towards Israel.

Shortly after the Oslo Accords were signed in 1993, Oman joined Qatar in becoming one of the only two GCC states to openly engage in diplomatic contact with Israel by establishing reciprocal trade offices and hosting several Israeli politicians.

More recently, in 2018, Muscat even hosted Prime Minister Benjamin Netanyahu and his wife Sara, and immediately after Israel signed its agreements with the UAE and Bahrain, it was quick to welcome those ties, expressing hope that the deals would pave a way for peace in the region.

How likely is it for Oman to follow in the footsteps of those who have already made that jump? Highly probable, although now the new Sultan, Haitham Bin Tariq, might want to stick to a wait-and-see policy before committing to a peace deal with Israel.

Doha has been one of the loudest voices condemning Israel's deals with the UAE and Bahrain and said on a number of occasions that its stance on the Jewish state would not change, unless there was a resolution to the Israeli-Palestinian conflict.

Yet, there have been instances when Doha has openly cooperated with Israel. Between 1996 to 2000 Qatar was the only Gulf country to run a semi-diplomatic Israeli mission on its soil.

© CC BY 2.0 / Juanedc / Doha, Qatar
Qatar Eyes Normalisation With Israel in Exchange for Lifting of Gulf Boycott Against It, Source Says
Now, Doha cooperates with Israel when it comes to regional stability, mediating between the Jewish state and Hamas and providing the latter with generous monetary donations to maintain quiet on the Israel-Gaza border.

How likely is it for them to officially sign a deal with Israel? Doha will most probably deny the possibility of recognising the Jewish state, partially because unlike other Gulf states, it enjoys a stable relationship with Iran. However, the chances that it may finally budge are indeed on the table.

Recently, an anonymous source in the Gulf that's connected to the highest echelons of government  in several countries told Sputnik that Qatar eyed normalisation with Israel if Saudi Arabia, as well as the other GCC states, lifted their boycott of the tiny energy-rich nation, imposed in 2017, following allegations that it supports terror groups.

Qatar never confirmed nor denied these reports, but Gulf officials close to decision-making circles suggested that Doha has been seriously considering the move.

Which other Arab and Muslim nations will opt to normalise ties with Israel? Some suggest it will be Sudan,  which is determined to take itself off of the US list of countries that support terror and thus open the door for the financial assistance needed to improve the country's ailing economy.

Others argue it will be Morocco, which boasts a big Jewish community and already maintains a fairly good relationship with the Jewish state.

© AP Photo / Evan Vucci
Trump Says 'Another Country' Could Join Israel-UAE Peace Signing, While Others 'Are Lining Up'
There are also those who suggest it will be Pakistan that will end up making the move, partially to benefit from Israel's know-how and partially to get generous cash injections from the Gulf and the US.

It's hard to guess who will be next in line to ink an agreement with Israel but one thing is certain: that train is unstoppable, although major moves are probably unlikely to take place before US presidential elections slated for early November.