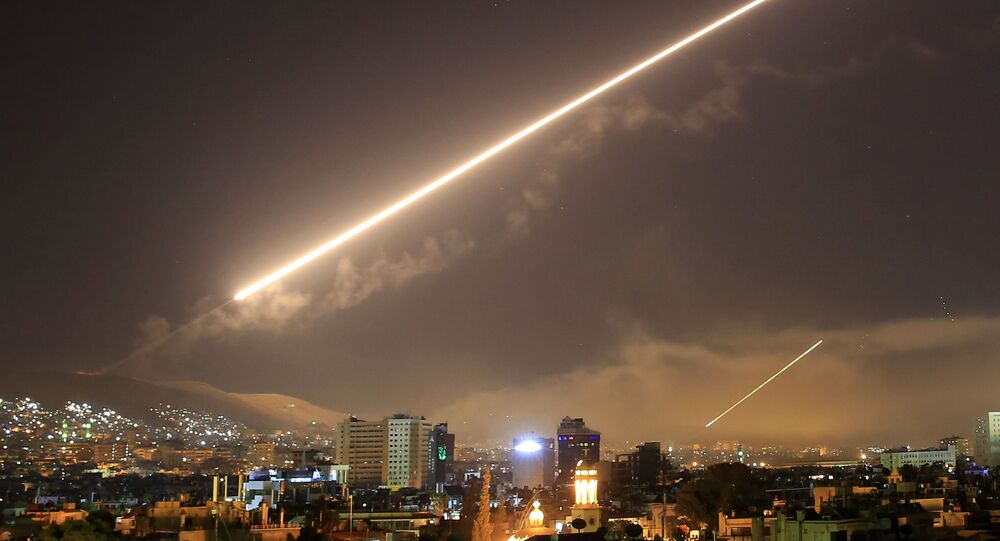 The statement was formulated on the sidelines of the meeting of the Syrian Constitutional Committee, a United Nations-facilitated negotiating platform aimed at reconciling the Syrian government and the opposition and establishing an enduring peace in the war-torn country.

Russia, Iran and Turkey released a joint statement Tuesday “reaffirming their commitment to the sovereignty, independence, unity and territorial integrity of the Syrian Arab Republic,” while criticizing Israel and the United States for their illegal activities in the country.

In the statement, the three parties “condemned the continuing Israel[i] military attacks in Syria in violation of international law and international humanitarian law,” and said that such attacks undermine “the sovereignty of Syria and neighbouring countries” and endanger “stability and security in the region” as a whole.

Israel has admitted to carrying out “hundreds” of air strikes against targets inside Syria in recent years, claiming the attacks are aimed at preventing an ‘Iranian’ buildup on its borders. Damascus has repeatedly condemned the strikes, calling them illegal and emphasizing that the country has the sovereign right to decide independently which nations can place troops or equipment on its soil. Lebanon, whose airspace Israel has occasionally used for its Syria strikes, has also condemned Tel Aviv’s actions.

Iran denies deploying regular combat troops to Syria, but has admitted to providing support to the Syrian Army and to Lebanese Hezbollah militia forces in the country, with the latter assisting Damascus in the fight against terrorism. Additionally, Iran’s elite extraterritorial Quds Force has provided aid to Syrian forces in the form of training and advisors.

'Illegal' US Seizure of Syrian Oil

In the joint statement, Russia, Iran and Turkey also “expressed their opposition to the illegal seizure and transfer of oil revenues that should belong to the Syrian Arab Republic."

"In this context they condemned the illegal oil deal between a US-licensed company and the illegitimate entity as part of its separatist agenda,” the statement added, referring to the US-Kurdish oil smuggling activities in Syria’s northeast.

The Trump administration publicly confirmed Washington’s plans to “take” Syria’s oil and prevent fields from falling into the hands of either terrorists or the Syrian government. Damascus, which desperately needs revenues to rebuild the country, has accused the US of openly “stealing” its oil resources. Trump’s opponents in the US have suggested that the seizure of Syrian oil may be a violation of international laws against pillaging.

The three countries also expressed opposition to “all unilateral sanctions which are in contravention of international law, international humanitarian law and the UN Charter, particularly in the face of the [coronavirus] pandemic.”

The United States, Canada, the European Union and Japan placed sanctions on Syria between 2011-2012 as the conflict between government forces, rebels and Islamist terrorist groups escalated. Damascus, Moscow, Tehran and others have repeatedly called on Washington and Brussels to abandon their sanctions policy, citing the catastrophic humanitarian situation in Syria, particularly in the wake of the coronavirus pandemic, which has severely strained the country’s already weakened health care infrastructure.

© Sputnik / Mikhail Voskresenskiy
An employee in the corridor of Assad Hospital in Deir ez-Zor, Syria.

The full text of the joint Russian-Iranian-Turkish statement can be read here.