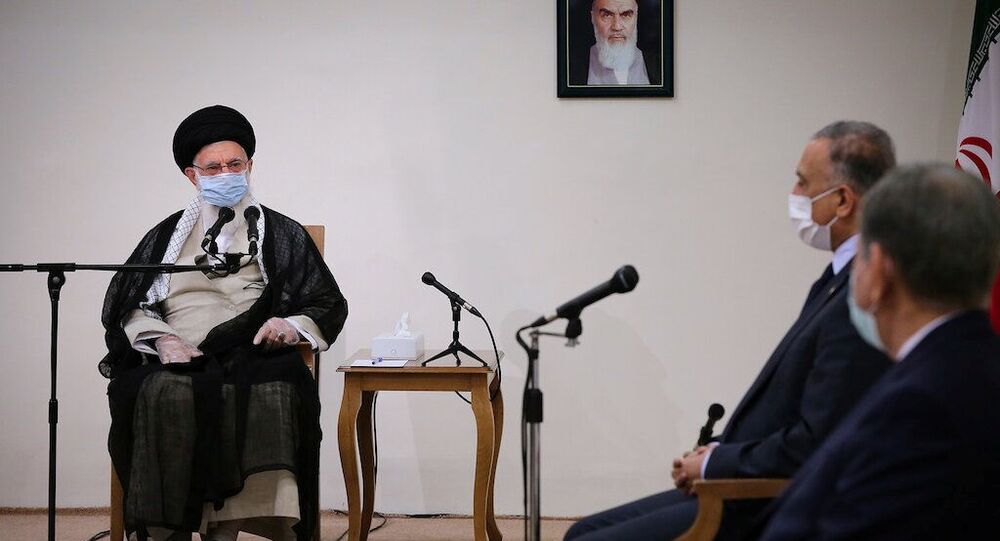 Khamenei continued on by saying that Iran will not interfere in the relations between Iraq and America. The supreme leader also said that Iran would strike America in response for the killing of top Revolutionary Guards commander Qassem Soleimani.

On 20 July, the parties discussed regional security issues and the epidemiological situation caused by the global coronavirus pandemic. Iran’s President Hassan Rouhani stated that Tehran will continue to stand by Iraq in a bid to establish security in the country and in the region.

© CC0
Iran’s Former Defence Ministry Worker Executed for Allegedly Spying for CIA
Prior to this, Yahya Al Eshaq, the head of the Iran-Iraq Joint Chamber of Commerce, said that the two negotiating parties would review ways to strengthen trade to $20 billion over the course of Al-Kadhimi’s visit to the Iranian capital.

On 5 January, the Iraqi parliament voted to expel all foreign troops from the country, shortly after a US precision strike killed military commander Qassem Soleimani near Baghdad. On 3 January, an airstrike ordered by US President Donald Trump on the outskirts of Baghdad killed Soleimani, one of the most prominent military figures in Iran, and several other members of the Iranian Revolutionary Guard Corps.

The assassination prompted Tehran to attack US bases in Iraq. About the same day, Iranian forces, expecting a retaliatory strike from the US, mistakenly downed a Ukrainian passenger jet, which fatally crashed with 176 people on board.