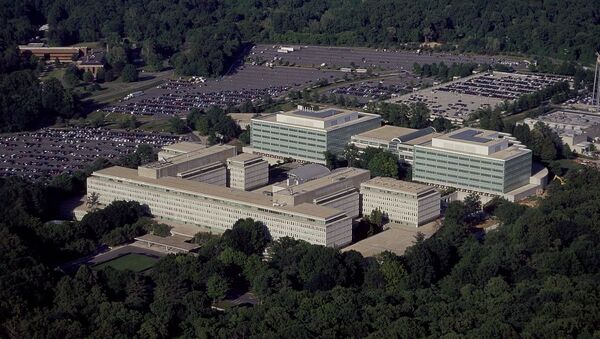 The sentence against Reza Asgari, a retired employee of the ministry’s aerospace sector, was carried out last week, Esmaeili said, as quoted by the Mizan Online news agency, which covers judicial affairs. While supposedly working for the CIA, Asgari had handed over information about Iranian missiles.

The death sentence against Mahmoud Mousavi Majd, accused of transferring information about Iran’s military commander Qasem Soleimani, who was killed in a US airstrike in Iraq on 3 January, has not yet been enforced, according to the spokesman.

Alongside these two defendants, a further three people have been sentenced to death in relation to unrest endured in November 2019, Esmaeili said.

"The information that the sentences are confirmed is correct", the spokesman noted.

After their detention, authorities had found videos of setting a bank, public transport and places on fire, Esmaeili said, adding that the defendants sent these files to "international news outlets."

However, the country’s official IRNA news agency reported that two of them were arrested at the scene of an armed robbery.

In mid-November, protests broke out in several Iranian provinces over the government’s decision to suddenly increase gas prices and introduce quotas for it. Some of them turned violent and resulted in casualties among demonstrators and security officers. Afterward, a number of counterrallies took place in protest against the unrest.

Following these events, the US State Department said that more than a thousand people died in the riots, however, Tehran refuted these claims and said after six months that the number of casualties was over 220.

According to President Hassan Rouhani, the demonstrations were organised by the US and Israel to undermine Iran’s national security.