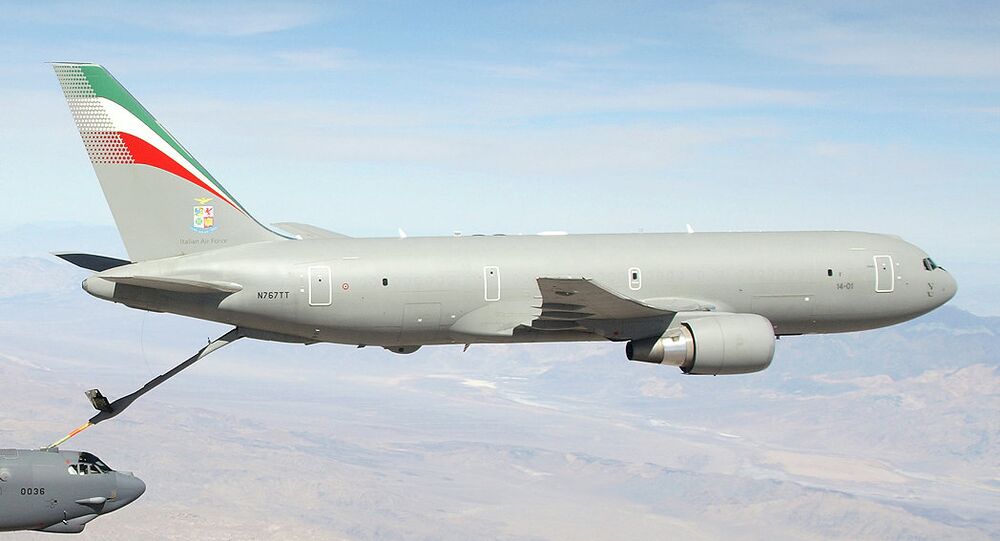 Israel has reportedly asked the US Department of Defense to speed up delivery of two KC-46 Pegasus tanker aircraft, even though the deal is not yet complete. The request comes as rumors swirl that Jerusalem, which has boasted of its air force’s long strike range, was behind a recent explosion in Iran.

According to the Times of Israel, the country’s Channel 12 TV news station reported on Wednesday that Israel was attempting to speed up delivery of two of the large tanker aircraft.

The Jerusalem Post noted the request included a proposal that the Pentagon swap two of its own KC-46s, which are expected to be finished by planemaker Boeing in 2022, for the two jets scheduled to be delivered to the Levantine state in 2024.

The $2.4 billion dollar deal for eight of the heavily modified Boeing 767 aircraft was only agreed to by the US State Department in March and is not even finalized yet, as Congress has not yet approved the sale. However, its rejection is unlikely.

The news comes amid reports that Israel was behind a massive explosion at Natanz, Iran, last week that destroyed a key factory producing centrifuges used in Iran’s nuclear refinement industry. However, Israeli Defense Minister Benny Gantz deflected when asked about Israel’s involvement, telling reporters on Monday that “everyone can be suspicious of us all the time. But not every event that happens in Iran is connected to us.”

At 265 miles long and just 70 miles wide, why Israel might need aerial refuelers to extend the range of its aircraft is a prescient question. However, Israeli forces have had a surprisingly wide range of aerial operations, ranging from the Operation Entebbe hostage rescue in Uganda in 1976 to the 1981 airstrike that destroyed Iraq’s “Osirak” nuclear reactor outside Baghdad, known as Operation Babylon.

With mid-air refueling, Israeli Air Force aircraft such as its F-15s, F-16s and F-35s would be able to reach Iranian territory and return home, too - albeit by crossing the territories of several other nations.

The Pegasuses, however, are not without their own problems. Boeing has been repeatedly criticized for faults found in the manufacture of KC-46s, and as a result, the plane is unlikely to be approved for full-rate production for at least another four years.