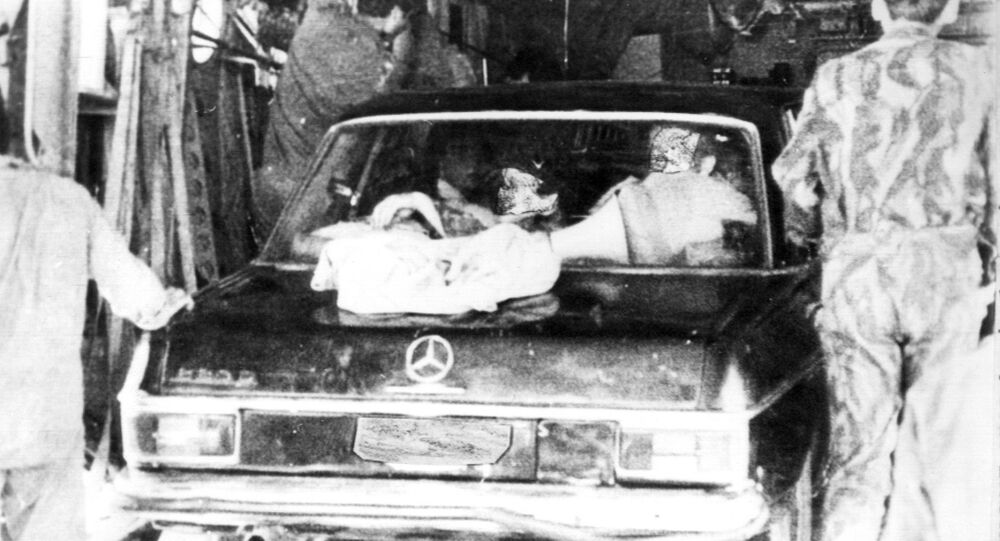 July 4th marks the 44th anniversary of Operation Entebbe conducted by Israeli commandos to release those on board an Air France flight from Tel Aviv to Paris that was hijacked by a group of Arab and German terrorists.

The Hindustan Times has quoted former Mossad agent Avner Avraham and ex-Israeli special forces officer Rami Sherman as focusing on the details of the Jewish state's anti-terrorist operation in early July 1976 to release hostages on an Air France plane that was en route from Tel Aviv to Paris at the time.

Sherman, for his part, specifically centered on the developments after the jet with 248 passengers was hijacked by German and Arab terrorists and then diverted to an airport in Entebbe, Uganda, on 27 June 1976. The terrorists demanded the release of about 40 Palestinian and affiliated militants in exchange for the hostages.

Sherman referred to British-Israeli nurse Patricia Martel who was released by the hijackers when she deliberately cut herself, pretending to have a miscarriage, as the plane stopped in Benghazi, Libya to refuel.

"She flew back to London from Benghazi and was immediately met by agents of MI6 and Mossad. They gave her thousands of photographs. She identified the terrorists, told how many there were, and what kind of weapons they had", the veteran of the Entebbe raid and concentration camp survivor recalled.

He said that the news about "Germans with guns selecting Jews from a captive group evoked the Holocaust". Some 148 non-Israeli hostages were eventually released by the hijackers.

From one soldier to another: the daring raid on Entebbe will always be an inspiration, my salute to Israel Defence Forces and the then commander of special forces Yoni Netanyahu, brother of Benjamin @netanyahu the @IsraeliPM https://t.co/YiPulz8xXh

Referring to the anti-terrorist operation, Sherman said that a key question was how the Israel Defence Forces (IDF)’s commandos "ensured" they would "surprise the terrorists" and "how we ensured we are the ones to shoot first".

Avraham, for his part, singled out the IFD procuring a Mercedes Benz limousine that was supposed to look like the one used by then-Ugandan President Idi Amin, who supported the hijackers.

"When we brought the Benz, it was grey. It had to be black. It was Saturday and the shops were closed but we tracked down the owner of one shop in a synagogue and got black spray paint from him", Avraham said, echoed by Sherman who recalled that "we all thought the government wouldn’t make the decision to let us go; it was simply too risky".

Sherman, who was a member of the assault team lead by Yoni Netanyahu, brother of the current Israeli Prime Minister Benjamin, said that 33 Israeli commandos were on board the main C-130 Hercules aircraft, which flew about six hours, "most of the time at 30 metres above the ground" before landing at Entebbe.

"It was a beautiful night, the sky was full of stars. What I remember the most was the quietness, especially after a very noisy flight", he recalled, referring to the commandos dressed in Ugandan uniforms heading to the terminal building.

Sherman said that after several Ugandan servicemen waved them down, the commandos "had too little time" to think over their further actions as "Yoni Netanyahu and another soldier shot them".

"I fought with the people in the control tower. My last duty was to lead the hostages from the terminal building to the waiting airplane. They had been awoken from sleep by the shooting, some had no shoes while others had babies, they were in shock", Sherman said about the operation that lasted a total of 90 minutes.

Avraham, in turn, recalled that after the operation ended, "the local Mossad cell head was waiting at the airport with some local Israeli businessmen", who took part in hospitalising some of those injured in the raid, during which 102 hostages were rescued and four others died.

All four hijackers and 45 Ugandan soldiers were killed in the operation, which also claimed the life of Yoni Netanyahu, the only IDF casualty. It was this loss that reportedly prompted his brother Benjamin to decide to go into politics.