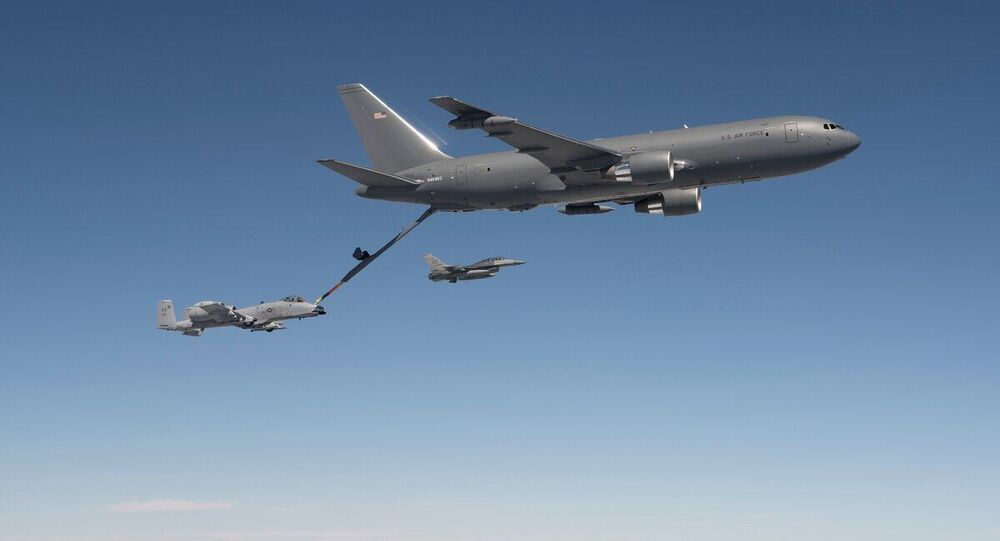 Last year, the US Government Accountability Office (GAO) said in a report that Boeing was delivering the KC-46 air tankers to the country’s Air Force with “critical deficiencies”.

A decision by the US Air Force (USAF) on the approval of full-rate implementation of Boeing’s KC-46 Pegasus tanker programme has been postponed for at least four years.

Bloomberg cited USAF spokeswoman Ann Stefanek as saying on Tuesday that the decision was previously slated for this September but was finally delayed for July or September of 2024.

The Air Force, in turn, said in a statement that its decision on the $44 billion tanker programme would not affect a fixed-price deal with Boeing as the company is already manufacturing the KC-46s at a pace equal to a full-rate production pace, namely, 15 tankers a year.

Bloomberg noted that announcing full-blown production “is supposed to be a Pentagon stamp of approval to taxpayers and foreign customers that a weapons system has demonstrated its combat effectiveness and that it can be efficiently produced and maintained”.

The USAF’s decision comes after the US Government Accountability Office (GAO) reported in June 2019 that Boeing is finally delivering the first of its troubled KC-46 long-range aerial tankers to the US Air Force after a nearly 3-year delay but still with critical defects that do not meet contract standards.

“The Air Force is accepting aircraft that do not fully meet contract specifications and have critical deficiencies, including ones that affect the operators' ability to guide the fuel delivery boom into position, and the boom itself”, the GAO report stated.

According to the document, the defects could affect operations and cause damage to stealth aircraft while they are being refuelled in midair, making them visible to radar.

“Programme officials estimate it will take 3 to 4 years to develop fixes for the deficiencies and a few more years to retrofit up to 106 aircraft. The Air Force and Boeing will incur costs to fix the deficiencies, with the Air Force's portion estimated to be more than $300 million”, the report added.

The Pentagon, for its part, says that the KC-46 programme has a spate of category 1 deficiencies, a term that the Department of Defence uses to refer to the most critical form of technical defects.