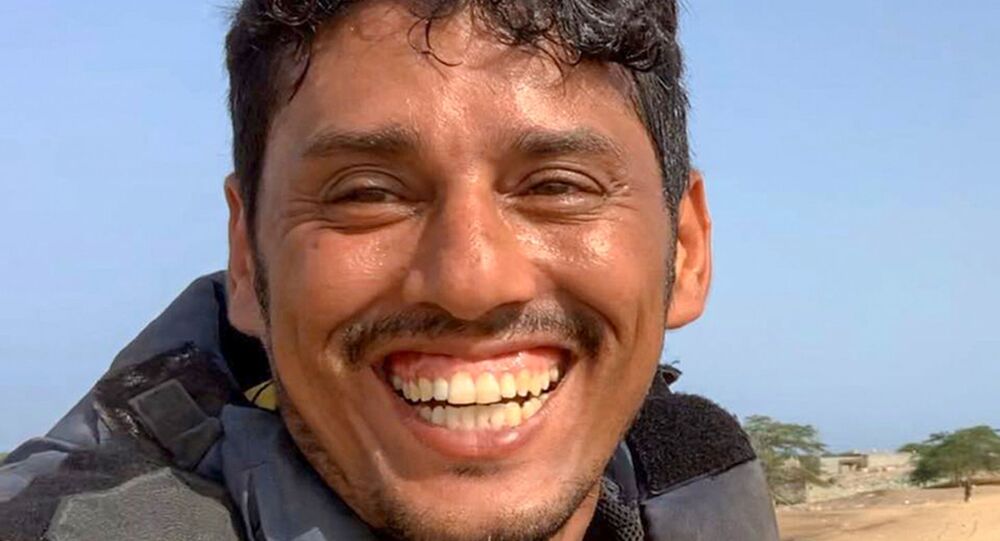 DOHA (Sputnik) - Thousands of mourners marched on Friday to pay last respects to Ruptly stringer Nabil Hasan al-Quaety, who was shot dead in the city of Aden on Tuesday, the media reported.

On Thursday, RT broadcaster reported that al-Quaety was killed by unidentified gunmen near his house in Aden. The stringer, who also worked for other media organizations, including AFP, was survived by a pregnant wife and three children.

According to a video published by Ruptly, mourners joined the funeral procession on foot and in cars and called on the Yemeni government to find al-Quaety’s killers.

Thousands turned out to mourn and pay their respects to slain journalist #NabilalQuaety as he was laid to rest in #Aden on Thursday#Yemen pic.twitter.com/g9rL8JF059

Yemen's government and the Southern Transitional Council (STC) both condemned the killing. The STC later said that two murder suspects were detained.

The death of the 34-year-old journalist, who was survived by three children and pregnant wife, has been also condemned many international bodies, including the UN Educational, Scientific and Cultural Organization (UNESCO) and the Committee to Protect Journalists, who demanded a thorough investigation into al-Quaety's death, and asked that the perpetrators of the murder be held to account.

Rossiya Segodnya to Consider Suing After US Police Attack on Journalists, Editor-in-Chief Says