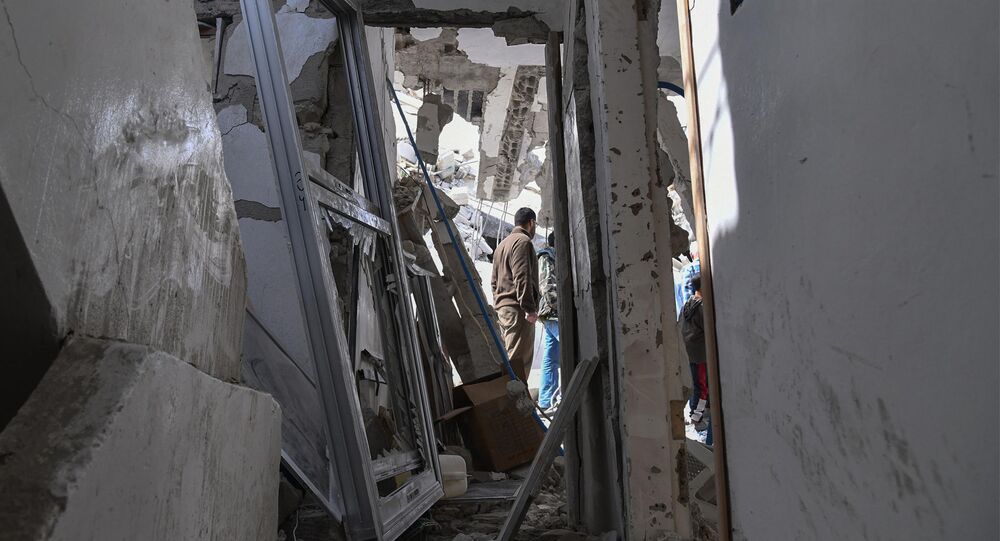 There have been over a dozen attacks in Syria attributed to Israel since the beginning of the year. According to Syria's army and media, Israel regularly attacks suspected Iranian or Iranian-linked military targets, something Damascus condemns as violation of its sovereignty.

Israel has seemingly ramped up its attacks against alleged Iranian targets in Syria, according to US diplomats.

There "appears to be increased Israeli operational tempo [in Syria] and broadening [of] its target set", a senior State Department official, who accompanied Secretary of State Mike Pompeo on his Israel visit, told reporters on Wednesday.

When asked to clarify the comment, the diplomat stated: "I didn't say [Israel] was [broadening its targets in Syria], I said 'appears to be.'"

Mike Pompeo visited Jerusalem on Wednesday to meet with Israeli Prime Minister Netanyahu and his nemesis-turned-ally Benny Gantz. They were expected to discuss Iran, the coronavirus, and Israeli plans to extend its sovereignty to portions of the West Bank.

Another State Department official told the briefing that discussing the land grab wasn't the purpose of the trip. "We should dispel the notion that we flew halfway around the world to talk about annexation," they said.

Pompeo's visit came two weeks after Syrian media reported that Israel had again carried out airstrikes inside the neighbouring country (near Damascus and in the Syrian Golan Heights). The IDF typically doesn't comment on those attacks, which target sites that Israeli intelligence believes are used by Iran or Iranian-backed militants, such as the Lebanon-based group Hezbollah.

Syrian army and media have reported more than a dozen such raids since the beginning of this year. Most of the missiles are usually said to be shot down by Syrian defences, although one attack near Damascus in February reportedly resulted in 23 casualties and another killed an estimated 9 militants near Palmyra. Israel has confirmed no attacks in Syria this year.

Israeli defence chief Naftali Bennett said this week that his country won't end its operations in Syria until Iran leaves. Israel's rationale is that Iran is using Syria to build a network of armed proxies to challenge its influence. Damascus condemns Israeli attacks as a violation of its sovereignty.

Iran maintains that its military foothold in Syria doesn't extend beyond advisers invited by Bashar al-Assad, who provide logistical support to the Damascus government, help it clear minefields and rebuild factories. For its part, Hezbollah, a Shia organisation, has been present in Syria since at least 2012, when it sent thousands fighters to help al-Assad fight an onslaught of mostly Sunni Islamist groups.

Hezbollah's leader said in response to Bennet's comments that Israel is waging an "imaginary battle" and denied Iranian military presence. Syria, in his words, has sufficient support from its allies so it could do without the constant presence of regular Iranian forces.