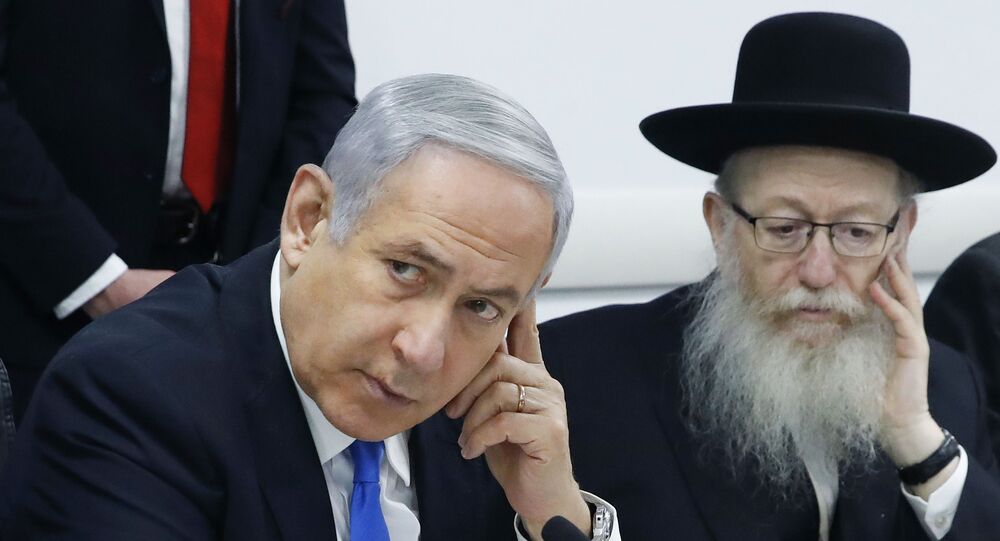 With more than 6,000 confirmed coronavirus cases in Israel, the infection has managed to reach the top ranks of the country’s administration. While Prime Minister Benjamin Netanyahu has tested negative so far, a number of officials close to him has contracted the virus.

A number of requests to self-isolate will be send out to top Israeli officials after it was reported that the country’s Health Minister Yaakov Litzman and his wife were were infected with COVID-19, according to the Associated Press. Those who have contacted the minister in the last two weeks will be required to spend time in self-quarantine to prevent the spread of the coronavirus to other high echelons of the Israeli administration.

So far, Israeli media revealed that the head of Mossad intelligence agency, Yossi Cohen, and the chief of the National Security Council, Meir Ben Shabbat, who had been in contact with Litzman, have already entered self-quarantine. The Health Minister was in close contact with Benjamin Netanyahu too, but according to reports, the prime minister had already been in self-isolation after some of his close associates contracted the virus. Previously, he had tested negative for the infection.

Both Litzman and his wife are reportedly in good health and feel well, as the minister continues to perform his duties from home.

A large number of coronavirus cases has been reported in Israel's Ultra-Orthodox community, to which Litzman belongs, as some members opted not to initially follow the government’s strict quarantine rules, AP noted.

© AP Photo / Ariel Schalit
US, Israel Holding Joint Military Exercises Observing Coronavirus Rules of Social Distancing
The leader of the Hasidic community Yaakov Aryeh Alter has also been reportedly placed under self-quarantine after being in contact with Litzman.

Israel, where more than 6,000 coronavirus cases have been registered as of 2 April, according to Johns Hopkins University data, has imposed near-lockdown restrictions to prevent the spread of the virus and limit the number of deaths caused by COVID-19, the disease which can result from the infection.