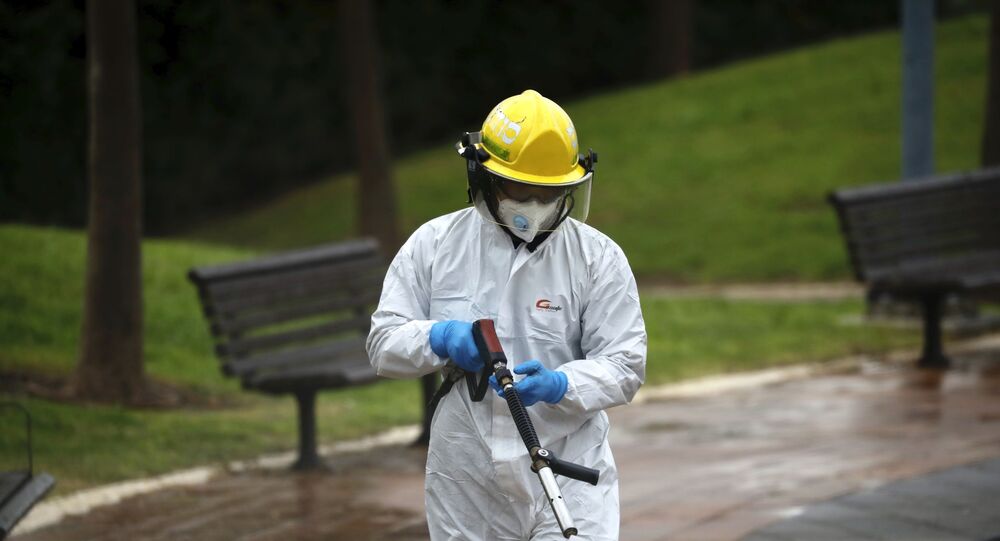 TEL AVIV (Sputnik) - Israel has shut its borders to all foreigners in a bid to curb the spread of coronavirus in the country, which is nearing 500 cases, The Population Immigration and Border Authority said on Wednesday.

"After receiving the recommendation of the Health Ministry, it was decided that beginning today, the entry of foreigners who are not Israeli citizens or permanent residents will not be allowed", the authority said in a statement.

The stipulation repeals earlier edicts that allow entry for foreigners who can prove an ability to self-isolate.

Prime Minister Benjamin Netanyahu a day prior said that authorities will not order a total lockdown but advised citizens to remain indoors. Meetings of over 10 people have also been canceled.

"The whole world is facing a crisis that does not distinguish between human beings and places of dwelling. I have now spoken to Palestinian Authority President Mahmoud Abbas and told him that our ability to work and cooperate during the crisis is testimony to our ability to work together also in the future to our collective benefit", a statement, released by Rivlin’s office on Wednesday, read.

Israel currently has over 430 cases of coronavirus infection, with no deaths reported so far. Semi-constituent West Bank, where a large number of Israelis live in illegal settlements, currently counts just over 40 cases confirmed.