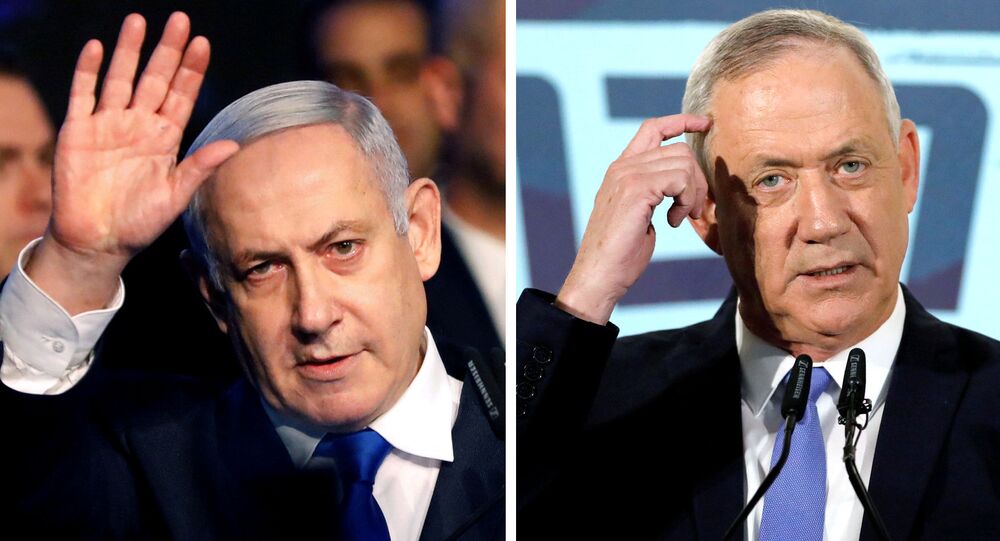 The US president earlier announced that he wants to release a peace plan for resolving the Israeli-Palestinian conflict in full sometime before Israeli PM Netanyahu's visit to Washington.

US President Donald Trump is going to ask Israeli Prime Minister Benjamin Netanyahu and his main political rival, Blue and White Alliance leader Benny Gantz, to work together on the implementation of his "deal of the century" peace plan during meetings with the politicians on 27 and 28 January, the Jerusalem Post online media outlet reported citing an anonymous source. The POTUS is expected to meet with each of the Israeli politicians separately.

The Israeli media source claims that by having both Netanyahu and Gantz on board, the White House hopes to give the peace plan some momentum from its start. Trump also set a six-month deadline for the deal's implementation by the two politicians, if they decide to accept it, the source added. 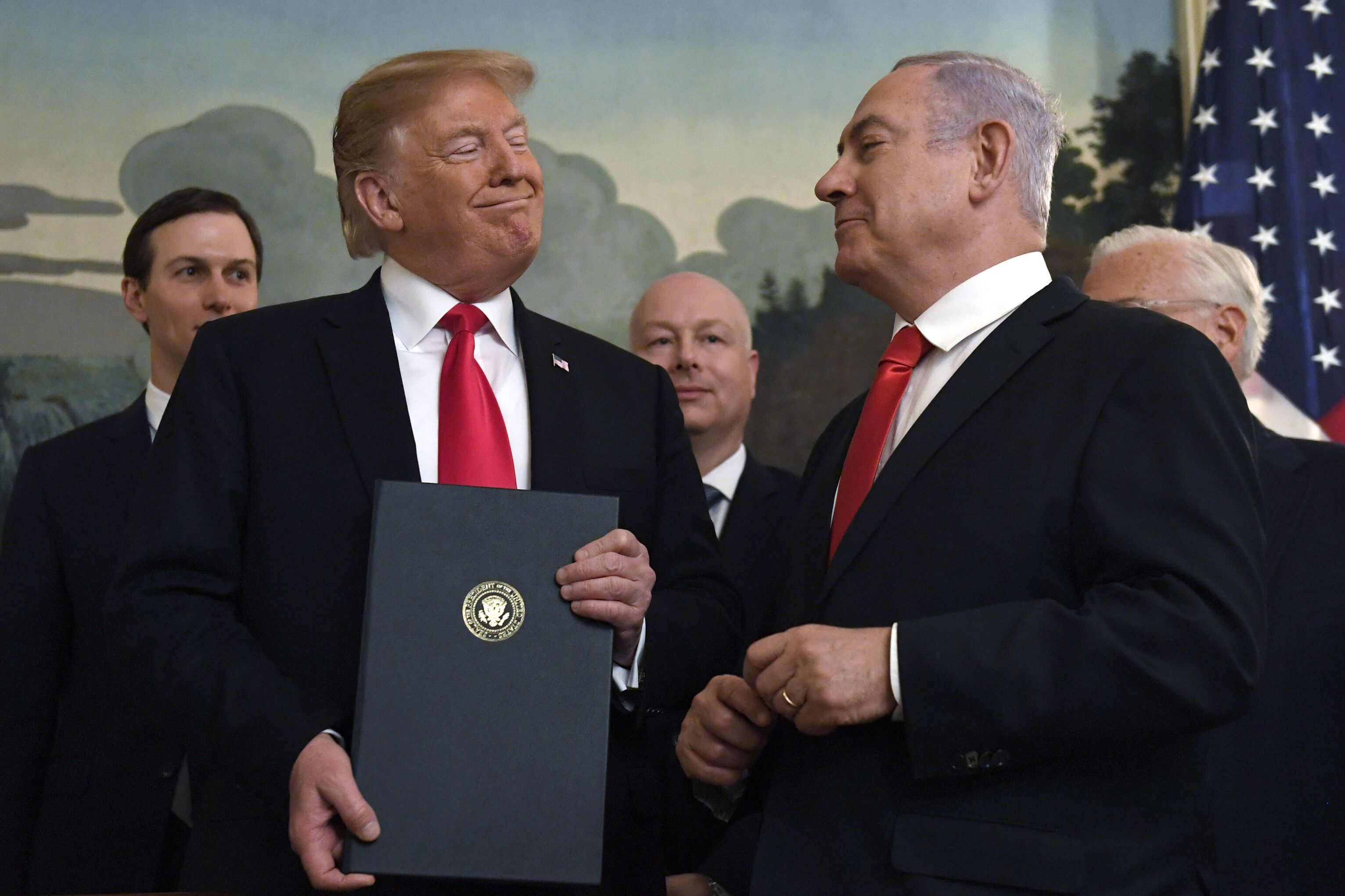 Trump previously announced that he is mulling the release of the details of his plan before meeting Netanyahu in Washington on 28 January. So far, little is known about the plan, dubbed the "deal of the century" by Donald Trump himself, except for the economics of it. It envisions $50 billion investments into the Palestinian territories, as well as neighbouring states to revive local economies and achieve prosperity. The plan would also suggest the construction of a transport corridor between the Gaza Strip and the PNA-controlled part of the West Bank.

Various media reports, citing allegedly leaked drafts of the plan, claim that it suggests the creation of a Palestinian state without military forces with its borders to be guarded by the Israeli military. Other reports make no mention of the two-state solution which would see the coexistence of Israel alongside an independent Palestinian state west of the Jordan River, despite this approach being recognised as a must-have in any peace plan to end the lasting Middle East conflict.

The Palestinian Authority and the Hamas movement have already rejected the plan without seeing it. They insist that the US showed its bias towards Israel, when it recognised Jerusalem as the capital of the Jewish state in 2017, and hence can't be regarded as a non-partisan mediator in the Israeli-Palestinian conflict.

Palestinian lawmaker and chief negotiator in the 1990s, Saeb Erekat, said in an interview with AFP that the PNA could abandon the Oslo Accords if Trump publishes his deal. The accords, inked in 1993 and 1995, led to Israel's recognition of the Palestine Liberation Organisation (PLO) as the sole representative of the Palestinian people, while the PLO recognised Israel's right to exist peacefully and renounced the use of violence in the pursuit of Palestinian statehood.

Dashing All Hope? Trump Says if Kushner Can't Bring Peace to Mideast, 'It Can't Be Done'