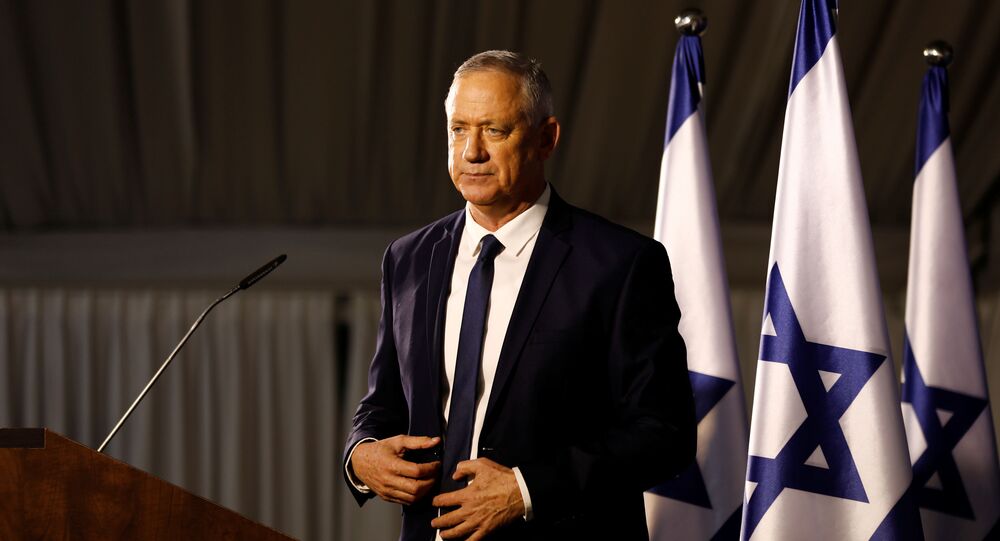 The long-awaited publication of the peace plan is expected to take place amid a state of political uncertainty in the Jewish state, which has been unable to form a new government for nearly a year along with its prime minister also being indicted on corruption charges.

Israeli Prime Minister Benjamin Netanyahu’s main political rival and leader of the Blue and White Alliance Benny Gantz will visit Washington to discuss the "deal of the century" peace plan with Trump, despite earlier reports of him and his party considering declining it. Gantz announced that he would visit the US on 27 January, but will be back in Israel in time for a crucial hearing in the Knesset on whether or not Netanyahu should be granted immunity from prosecution on corruption charges, which is scheduled for the day after his meeting in Washington.

However, Gantz will discuss the peace plan with Trump without Netanyahu in attendance, while the meeting itself will not be followed by a joint statement or press conference. Israel’s Haaretz newspaper reported that the decision to make the meeting between Gantz and Trump private was made after "humiliating" remarks by Vice President Mike Pence about Netanyahu being the mastermind behind inviting Gantz to Washington. The Israeli outlet stated that this way, the Blue and White Alliance had hoped to avoid having its leader appear as "subordinate" to Netanyahu.

Benny Gantz has already given his take on how any peace plan should be handled, noting that signing one is not a task for a prime minister who lacks legitimacy, hinting at Netanyahu's current status as interim prime minister as well as his ongoing legal woes.

"There is reason to fear that a prime minister with three indictments against him will make decisions based on the personal interest of his own political survival. Therefore he cannot lead Israel into war, heaven forbid, or into diplomatic agreements, should they ripen", Gantz said.

Netanyahu's future is tightly connected to the Israeli parliament's decision on whether or not to grant him immunity from prosecution. Currently, the prime minister is facing charges of bribery, breach of trust, and fraud in three separate criminal cases. He was formally indicted back in November, but has so far managed to retain his post.

In addition, Netanyahu's Likud Party along with its allies failed to gain the necessary number of votes to secure a parliamentary majority in two rounds of elections in April as well as in September and have not succeeded to forge an alliance with any other political faction to form a coalition government. In just over a month, Israel will hold a second snap general election, making it the third attempt to form a new government in less than a year.

The previous elections in September were also preceded by a major reveal, that time being the economic part of Trump's "deal of the century" in June 2019. It pledged $50 billion in investments in the Palestinian territories and neighbouring Arab countries, as well as a transport corridor between the PNA-controlled West Bank and the Gaza Strip.

© REUTERS / Ronen Zvulun
Striking Deal or Blowing Smoke? Why Trump and Netanyahu to Meet Ahead of Israeli PM's Immunity Vote

There is still little known about the political part of the plan, except for numerous media reports that Trump recently labelled as "purely speculative". At the moment, it's still not clear whether the deal will include a two-state solution. The Palestinian National Authority and Hamas, however, have already dismissed the plan and the US role as a peace mediator in the conflict, citing America’s perceived bias towards Israel, something that they claim was revealed by Washington's decision to recognise Jerusalem as the capital of the Jewish state.