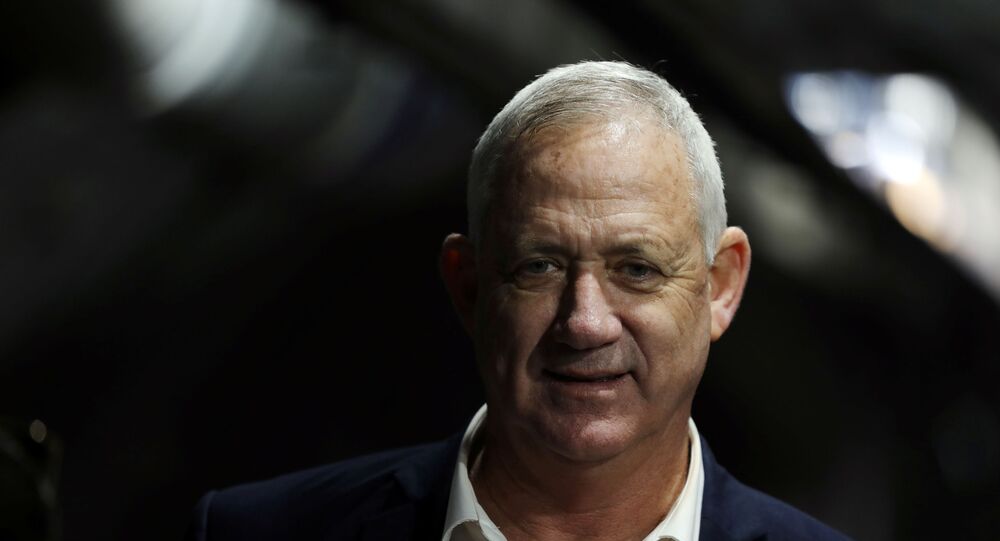 Previously, Benny Gantz had opposed the publication of Trump's peace plan during the campaign, describing it as 'outright intervention' in the Israeli election.

"We see this piece of land as an inseparable part of the State of Israel and after the elections, we’ll work toward applying sovereignty over the Jordan Valley. We’ll do this in a move agreed on nationally and in coordination with the international community,” Gantz said during his tour of the area, as quoted by The Times of Israel.

He added that he expects Trump's peace plan to be released soon.

Gantz previously opposed the publication of US President Donald Trump's Mideast peace plan during the election campaign, calling it an "outright intervention" in Israel's elections.

According to the paper, Prime Minister Benjamin Netanyahu has responded to Gantz's statement by suggesting not to wait and 'do it now'.

"Why wait until after the elections if it is possible to apply sovereignty over the Jordan Valley already with a broad agreement in the Knesset? Benny Gantz, I expect your answer this evening, unless [Joint List MK] Ahmad Tibi vetoed you,” Netanyahu said as quoted by Hebrew media.

Mr Netanyahu has repeatedly vowed to annex the Jordan Valley after he is re-elected and a new cabinet is formed. He claimed he would have achieved this goal already if not for the attorney general's ruling that his transition government does not currently have the authority to do so.

Israelis will go to the polls on 2 March - for the third time in a year - after politicians from both major parties twice failed to form a government. The April 2019 election resulted in the country's first-ever failure to form a government after Mr Netanyahu found himself just one vote short of a majority. Neither he nor opposition leader Benny Gantz managed to put a government together following the second election in September.