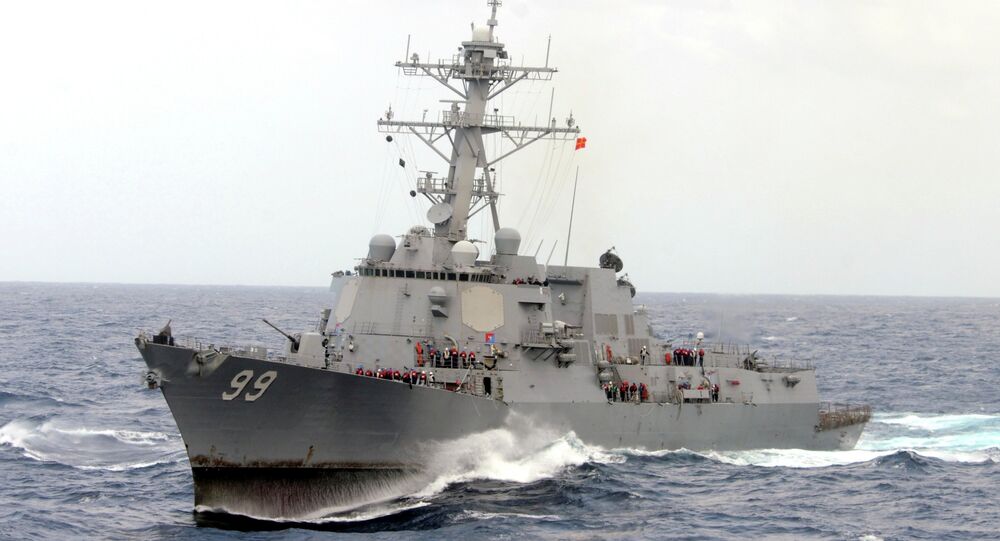 Earlier, the US 5th Fleet condemned the actions of a Russian military vessel, saying that an American destroyer had to signal to the ship several times before it changed its course.

The Russian Defence Ministry has dismissed reports that one of its ships "aggressively approached" the USS Farragut in the North Arabian Sea on 10 January as untrue.

The ministry explained that the US vessel crossed the Russian ship's set course, acting in an "unprofessional manner", and the Russian crew was therefore forced to make an evasive manoeuvre to avoid a collision.

"It was the US destroyer that blatantly violated international rules for preventing collisions at sea on 9 January 2020 by making a manoeuvre to cross the Russian ship's course, while being positioned to the left of the forward-moving Russian military vessel", the ministry's statement reads.

The statement called the actions of the crew of the USS Farragut a "deliberate violation of maritime safety rules". At the same time, the Defence Ministry praised the professionalism of the crew of the Russian ship, which remained unnamed in the statements issued by both countries' militaries.

Previously, US 5th Fleet claimed in a statement on 10 January that a Russian vessel had "aggressively approached" the USS Farragut destroyer in the North Arabian Sea as the latter was conducting "routine operations" there. The US warship signalled to the Russian vessel, which eventually changed course, according to the US Navy.

"Farragut sounded five short blasts, the international maritime signal for danger of a collision, and requested the Russian ship alter course in accordance with international rules of the road", the statement said.

The international rules for preventing collisions at sea, which were established in 1972, stipulate that out of two ships with mechanical engines that are on a collision course, the one that has the other ship to its right must make way for it to pass freely.