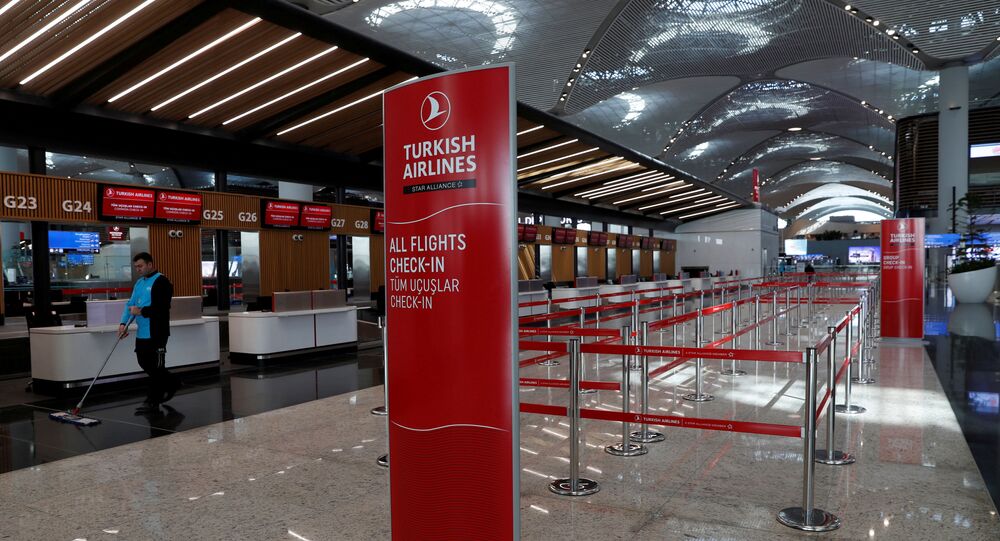 A senior source in Iran’s Civil Aviation Organisation said earlier in the day that the country's authorities had not received any notifications from any aviation company on ceasing flights in the country’s airspace in wake of the recent Ukrainian Boeing 737’s crash.

According to two sources, quoted by Reuters, Turkish Airlines will fly to Tehran out of Istanbul's Sabiha Gokcen Airport at 18:05 GMT, while Pegasus Airlines would fly to Tehran at 20:50 GMT out of the same airport.

Responding to the move, Tehran launched 15 missiles targeting the American military at the Ayn al-Asad Air Base and a facility in Erbil in Iraq.

A day after the attack, the US president made no mention of an imminent military response to Iran’s missile strikes, pledging a fresh wave of sanctions instead and offering a diplomatic option to defuse regional tensions in his highly-anticipated address.