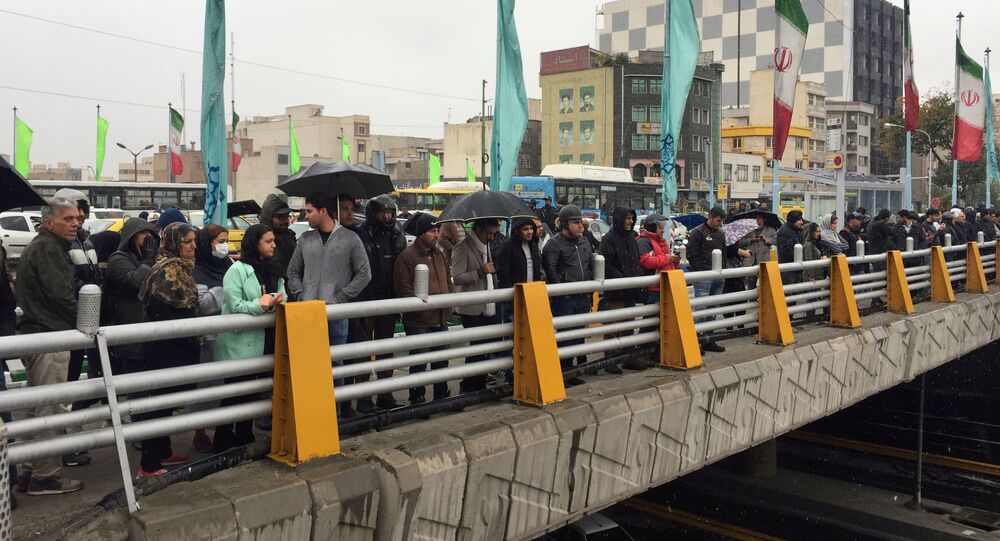 Donald Trump earlier praised "new powerful economic sanctions" targeting Iran, promising that the limitations would be in place until Iran "changes its behaviour". He also voiced an intention to ask NATO to be "much more involved" in the situation.

The Iranian ambassor to the UN, Majid Takht Ravanchi, has branded the US cooperation offer "unbelievable" citing Tehran being burdened with severe American sanctions, IRNA reported.

In an interview with the Iranian news agency, Ravanchi stated that partnership with the United States is meaningless as long as the country persists with its policy of "escalation and animosity".

He slammed Washington's sanctions, imposed on Iran after the unilateral US pullout from the landmark JCPOA nuclear deal, as "economic terrorism", stressing the Islamic Republic of Iran will not be deceived by US President Donald Trump's offer to cooperate amid the unprecedented sanctions that Trump said the US would double down on in the aftermath of Iran's retaliatory strike.

In the early hours of Wednesday, Tehran fired rockets at US airbases in Iraq, but neither American troops nor Iraqis were harmed, according to the countries' authorities.

Iran-US bilateral tensions spiked over New Year's Day, when the American Embassy in Iraq was raided by Iran-backed Shiite protesters, who vandalised the entrances and attempted to break in.

The Pentagon promptly boosted the US contingent in Iraq and launched a drone attack that killed a top Iranian commander, General Qasem Soleimani, at the Baghdad International Airport, sending Iranians into a fury. After Tehran's retaliatory attack, Trump didn't propose an open military confrontation, announcing more stifling economic sanctions instead.

He also bragged about Washington's "big and accurate" missiles, and boasted about their achievements during his tenure.

He separately praised "new powerful economic sanctions" aimed at Iran, promising that they would be in place until Iran "changes its behaviour", noting that he would like NATO to be more involved in the Middle East.

However, as he was readying to make a statement on the Iranian strike on Wednesday, POTUS urged those countries that remain in the nuclear accord with Iran to pursue negotiations over a new Iran deal on the country's nuke programme.

"Iran must abandon its nuclear ambitions and end its support for terrorism", the president said at the White House, arguing that "as long as he is president, Iran won't be allowed to have a nuclear weapon".

"The time has come for the United Kingdom, Germany, France, Russia, and China to recognise this reality. They must now break away from the remnants of the Iran deal - or JCPOA - and we must all work together toward making a deal with Iran that makes the world a safer and more peaceful place".