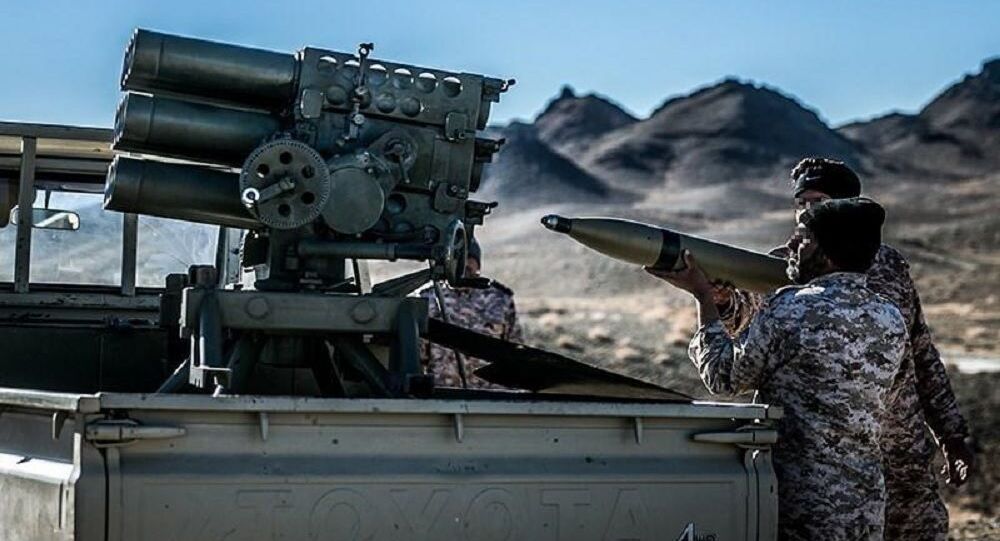 Later on Tuesday, Iranian Quds Force head Qasem Soleimani is due to be buried in his home town of Kerman. He was killed in a US airstrike on Baghdad on Friday, in an attack that was ordered by President Donald Trump, a move which worsened already tense Tehran-Washington relations.

Hossein Salami, leader of Iran's Islamic Revolutionary Guard Corps (IRGC), has pledged to set on fire unspecified locations supported by Washington over the US assassination of a top Iranian general last week.

“We will take revenge. We will set ablaze where they like”, Salami said, prompting cries of “Death to Israel!"

He made the comments as he addressed thousands of people who gathered in a central square in Kerman for the funeral of General Qasem Soleimani, head of Iran’s Islamic Revolutionary Guard Corps’ elite Quds Force. The 62-year-old will be buried in his home town on Tuesday.

Salami’s threat comes after he pledged in late November that Iran will obliterate the US, Israel and Saudi Arabia if they cross Tehran's “red lines”.

"We have shown restraint […] we have shown patience towards the hostile moves of America, the Zionist regime [Israel] and Saudi Arabia against the Islamic Republic of Iran […] but we will destroy them if they cross our red lines”, Salami said.

The news outlet cited Ali Shamkhani, secretary of Iran’s Supreme National Security Council, as saying that even the minor plan could become a “historic nightmare” for the U.S.

“If the U.S. troops do not leave our region voluntarily and upright, we will do something to carry their bodies horizontally out," Shamkhani said.

The statement was preceded by Iranian President Hassan Rouhani taking to Twitter to respond to US President Trump's threat to attack 52 targets in Iran in case of Tehran’s retaliation.

“Those who refer to the number 52 should also remember the number 290.  Never threaten the Iranian nation”, Rouhani stressed.

He referred to 290 people who were killed when Iran Air Flight 655 was shot down on 3 July 1988 by a surface-to-air missile fired from the USS Vincennes, a guided-missile cruiser of the US Navy. The US government claimed at the time that the crew of USS Vincennes had incorrectly identified the Iranian plane as an attacking F-14 Tomcat, a US-made jet fighter that had been part of the Iranian Air Force since the 1970s.  ​

Rouhani’s remarks came after Trump warned Iran against retaliating for the killing of Soleimani, saying that otherwise Washington would strike 52 sites in the Islamic Republic "very fast and very hard." He explained that the targets represented the 52 Americans who were held hostage in Iran in 1979.

On Friday, a US drone strike killed Soleimani, Iraqi militia commander Abu Mahdi al-Muhandis and then 10 other people near Baghdad International Airport.

The attack was authorised by Trump who described it as a preemptive and defensive strike, while Rouhani vowed that Tehran will take revenge for what it views as a terrorist action.