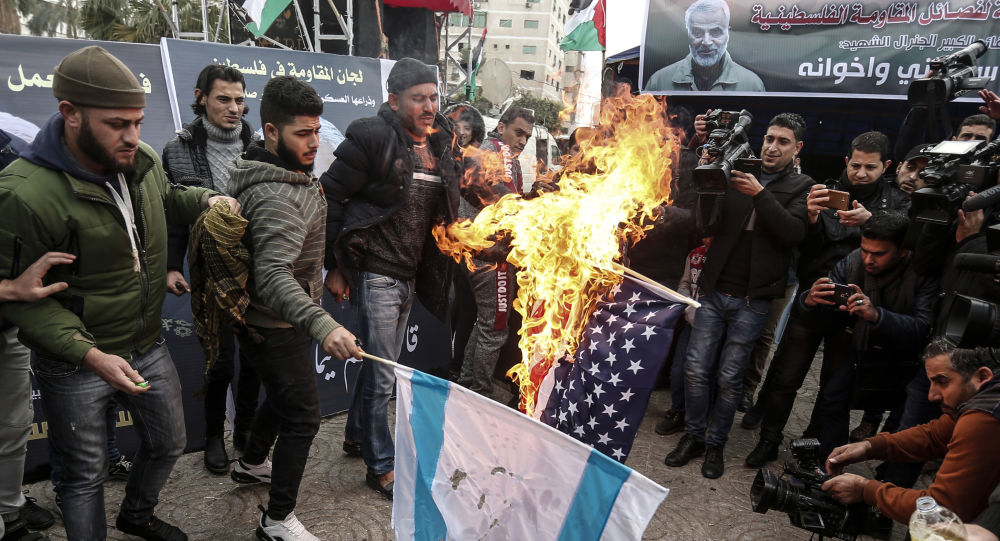 Earlier on Saturday, Iranian Revolutionary Guard Corps Commander, Gholamali Abuhamzeh, reportedly said that 35 vital US targets in the Middle East, as well as Tel Aviv, are "within Iran's reach."

The US State Department has reportedly underlined that its strategy on Iran will remain unchanged following the killing of the Quds Force commander Qasem Soleimani.

Iranian Revolutionary Guard Corps Commander, Gholamali Abuhamzeh, was quoted by Tasnim news agency on Saturday as saying that 35 vital American targets in the Middle East, as well as Tel Aviv, were "within Iran's reach."

The situation has been escalating in the Middle East in the aftermath of the killing of Iran's top military and intelligence official Qasem Soleimani in a US airstrike on Friday. He was killed alongside 11 others, including the deputy commander of the Iraqi Shia militia Abu Mahdi al-Muhandis.