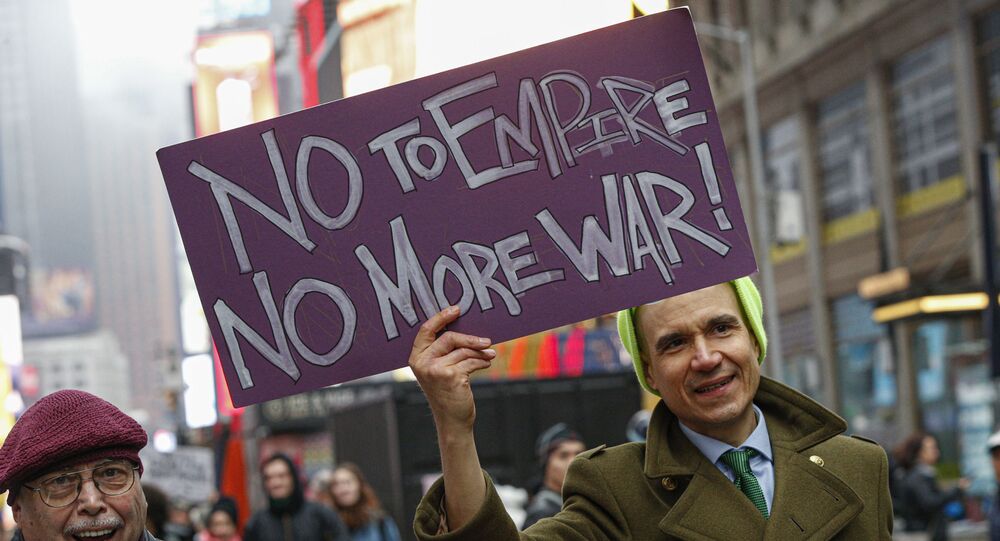 Iraqi lawmakers have already taken legislative steps to oust American troops from the country; and it’s not clear what sort of action the new Quds commander was referring to.

The new head of Iran’s elite Quds force called for the removal of the United States from the region in response to the killing of his predecessor, Qassem Soleimani.

“We promise to continue martyr Soleimani's path with the same force,” Esmail Qaani said on Monday in an interview on local radio, “and the only compensation for us would be to remove America from the region.”

Gen. Qassem Soleimani was killed in a US drone strike at the Baghdad airport, where he was met by allied militants. Soleimani has been at the helm of the Quds Force, the foreign operations arm of the powerful Islamic Revolutionary Guard Corps, since 1997.

His comments come after the Iraqi parliament voted to expel US troops from Iraqi soil, outraged by the US not agreeing in advance with Iraqi authorities the strike that killed Soleimani in Baghdad. President Trump has already vowed to impose sanctions on Iraq should its government go ahead with the plan and exchanged threats of retaliatory strikes with Iran.

The latter on Monday officially rolled back its remaining commitments under the 2015 nuclear deal but promised to continue to allow international inspectors. Tehran said that it could still reverse the decision if the US lifted its crippling economic sanctions.

Esmail Qaani, named as Soleimani’s successor on Friday, had served as his deputy commander for the last 22 years, so his policy is not expected to differ much from that of his late boss.