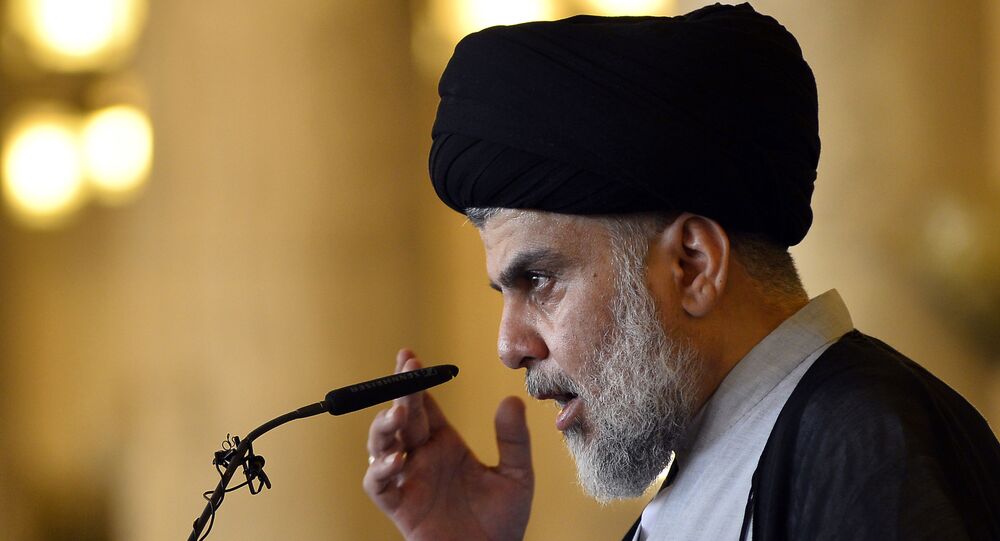 The Iraqi parliament on Sunday urged the government, which had already approved the plan, to expel US-led coalition forces from the country, outraged by a US strike that killed a top Iranian commander and Iraqi militants on Friday.

Iraqi Shia cleric Moqtada al-Sadr has called on paramilitary groups in Iraq and elsewhere to unite as the country moves to end America’s military presence.

In an extraordinary session on Sunday, the Iraqi parliament adopted a resolution requiring the government to revoke its request for assistance from the United States, effectively telling Washington to withdraw coalition troops from the country.

The US pulled its troops out of Iraq in 2011 after eight years of war, only to return there in 2014 to help the Baghdad government fight Daesh*. There are currently 5,200 American soldiers stationed in Iraq.

In a letter to members of parliament, al-Sadr described the resolution as a “weak response [to] American violation of Iraqi sovereignty”. He went on to urge the government to cancel the existing security agreement with the United Sates, close the US Embassy in Baghdad and criminalise communications with Washington.

The cleric, who heads the largest bloc in parliament, called on militant groups in and outside of Iraq to meet immediately and create “International Resistance Legions”.

Although the newly-adopted resolution is non-binding for the government, it is likely to be fulfilled, given that the caretaker Prime Minister Adel Abdul Mahdi had earlier demanded legislative steps from parliament to force the US withdrawal.

Many in Iraq have expressed outrage at the US strike that killed Qassem Soleimani, a top battlefield commander and strategist and one of Iran’s most influential figures, on Iraqi soil on Friday.

Abdul Mahdi said that the United States informed Iraq about its plans to target Soleimani minutes before the attack, which also killed an Iraqi militia commander and 10 other people.

Thousands gathered to mourn Soleimani as his funeral procession marched through Baghdad on Saturday, with some protestors chanting anti-American slogans.

Mass protests also took place this week at the US Embassy in Baghdad after American airstrikes killed 25 fighters from an Iran-backed Shi’ite militia.

*Daesh, aka ISIS/IS/Islamic State, is a terror group outlawed by Russia, the US and many other countries.