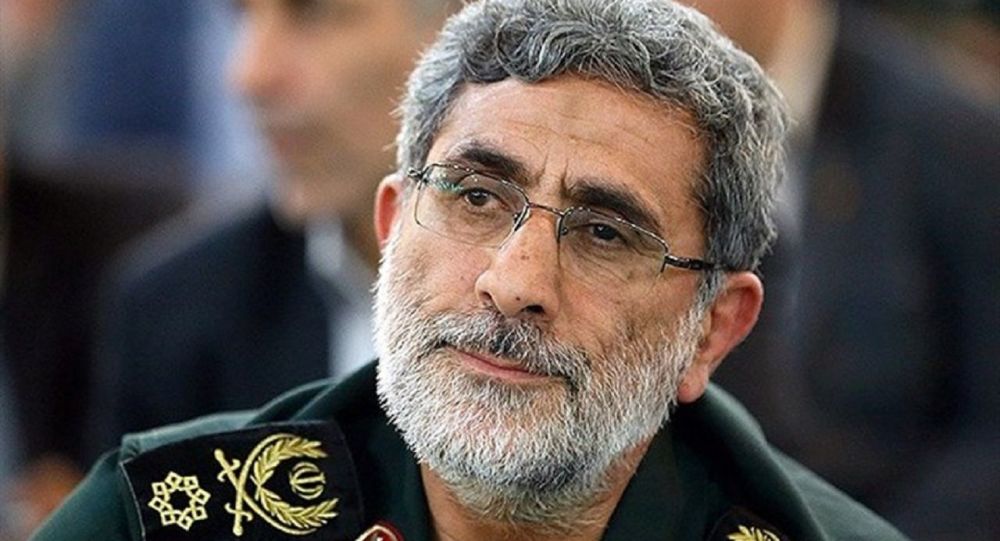 What We Know About Successor to Murdered Iranian Quds Force Leader, Esmail Ghaani

Ghaani's predecessor, Iran’s Islamic Revolutionary Guard Corps’ Quds Force General Qasem Soleimani, was killed in a US airstrike early on 3 January as he was reportedly travelling by car from Baghdad International Airport. The US justified the attack by claiming that they were defending their own diplomatic personnel in Iraq.

Here is what we know so far about the new leader of one of Iran’s most powerful military branches:

Former leader of the IRGC’s Quds Force Qasem Soleimani was killed in a US airstrike early on 3 January. Washington justified the move with the need to protect its diplomatic personnel in Iraq after the American Embassy in Baghdad was besieged for two days in a row by, as the US claimed, Iranian-backed militia members. The protesters opposed the American airstrikes in Syria and Iraq late in December 2019.

The killing of Soleimani was harshly condemned by Iranian leaders, with President Hassan Rouhani and Supreme Leader Ali Khamenei vowing to "avenge" the US' "terrible crime".